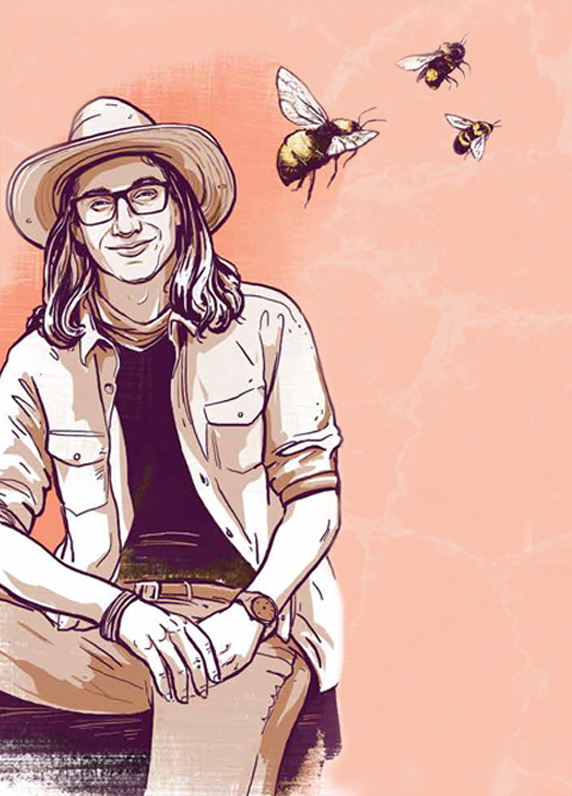 Bees and other pollinators, critically essential to our ecosystems, are threatened by habitat loss and encroaching invasive species, climate change and neonicotinoids. For the situation to improve, everyone needs to be engaged in conservation efforts. That’s why there has been so much buzz about Aidan Brushett. It all started when he was 15 and keen to do something positive for bees at his high school. He assembled a group of like-minded students to revitalize a school courtyard by adding native plant species, and from there he went on to organize awareness activities and projects involving the whole school. From these modest beginnings grew a movement in other schools and elsewhere involving scores of volunteers and numerous plantings. The movement grew even more as Brushett lobbied local councillors and the mayor and worked with municipal staff and environmental committees to create an action plan that would encompass the entire community. As a result of all this hard work, Whitby was officially designated Canada’s 10th Bee City, signifying its active commitment to creating pollinator habitat on municipal lands and to community education and engagement to actively encourage native pollinators. (Learn more at beecitycanada.org.) A member of the youth council for the non-profit group Ontario Nature, Brushett is now an undergraduate at the University of Guelph in the wildlife biology and conservation program.

This award was renamed in honour of CWF’s much- admired executive director who died unexpectedly in 2016. It recognizes Canadian youth who have undertaken wildlife or habitat conservation projects and activities that have helped make a difference to the environment.