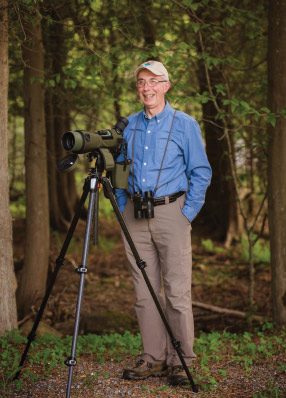 Described by one nominator as “the public relations person for wildlife in New Brunswick,” Jim Wilson has worked tirelessly for decades informing people and inspiring them to get involved in nature. An avid birder, he has played a central role in advancing the knowledge of birds in the province, from conducting nocturnal owl surveys and co-authoring bird atlases to establishing the Point Lepreau Bird Observatory, a source of invaluable data on seabird migration used by academics and researchers all over the world.