How to Reduce Your Energy Usage

I wish I was one of those people who could live off the grid. But if I’m being honest, even the idea of giving up my hairdryer fills me with dread. I know. How vain. And yet I know I’m not alone. The majority of us are all too comfortable with our modern day comforts to give them up. So what’s the answer? We all know that climate change is a great threat and we need to act now. And we realize that having a low carbon footprint is critical. But which is best? Hydro? Solar? Wind power? It turns out we need them all. What we really need is a suite of clean energy options to turn to. Let’s dive into one of these power players – wind power.

There’s no denying the importance of wind power. It’s a key player to lowering our carbon emissions and researchers predict that Canada will increase our wind power 3.5 fold in the next 15 years. But it’s not perfect and more wind power could have some serious negative impacts on wildlife – in particular birds and bats.

Wind turbines kill plenty of birds every year and of course they aren’t picky about which species they kill so we run the risk of losing songbirds, raptors and waterfowl too. That said, turbines are lower on the list of threats to birds. The primary threats to bird species are still striking buildings, being hit by cars and being killed by cats.

Bats, on the other hand, are horribly affected by wind turbines. Every year, an estimated 47,400 bats are killed by wind turbines here in Canada. Migratory bat species are hardest hit by wind turbines: Hoary Bat, Silver-haired Bat, Eastern Red Bat. The endangered Little Brown Bat and common Big Brown Bat are also at risk. Many of these bats are struck by wind turbine blades but others are killed due to barotrauma. You see, bats have not developed the same lung capacity for flight as birds. When bats fly too close to a wind turbine, pressure can cause blood vessels in the lungs to burst, resulting in internal bleeding. And due to their slow population growth (they usually have just one pup per year), the loss of a single bat can have vast consequences to a species.

Moreover, when you place wind turbines on the ground, you have to build roads to service them. This gives access to areas that previously had little human footprint and can be used by everyday people (for ATVing and more). The problem is that these are often in areas that are wildlife habitat. They’re often found on mountain ridges, forested areas and crown land. This becomes really problematic for wild species because it essentially creates fragmentation and changes the habitat. In the Northern Boreal forest for example, those roads become corridors for predators like wolves and bears and this can affect caribou. Moreover, if roads were created by streams, the use of stream crossings can make it difficult for fish to move along the waterway. 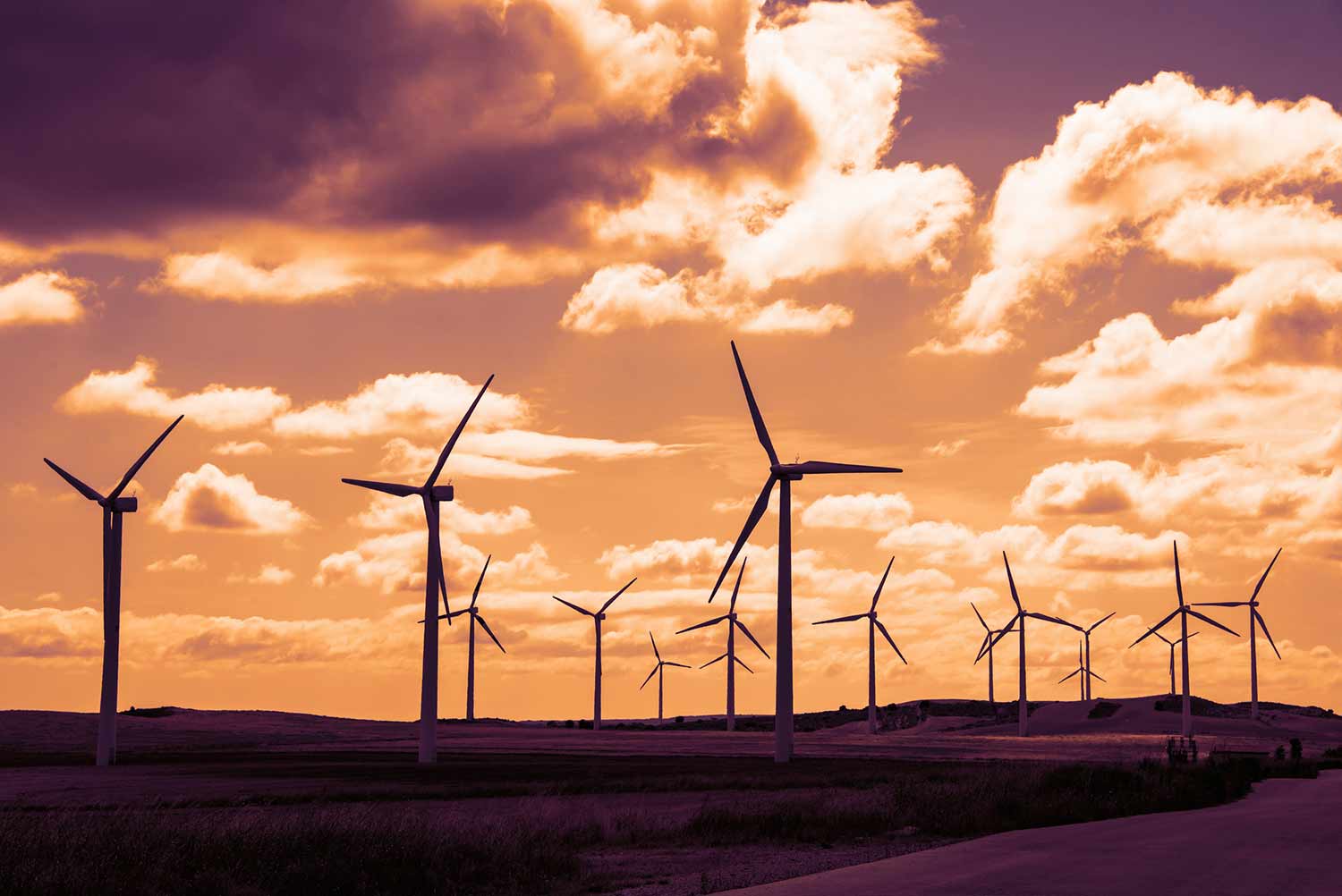 An estimated 47,400 bats are killed by wind turbines here in Canada

Another way we can help our migratory species is by dialing down the speed of the wind turbines and in certain cases, even turning them off entirely at times. It seems that bats tend to migrate when wind conditions are low, so if industry can keep wind turbines turned off at these times, we could save a lot of bats.  Considering many of these species are at risk and that bat populations grow so slowly, it’d be worth going the extra mile for these small mammals.

It’s fairly clear that the wind power industry isn’t going anywhere. With that in mind, it would be ideal for researchers to have the opportunity to collect more data on bat species and population densities across Canada so we can get a broader view of how wind power impacts bats.

Once we know the true numbers, we can map out areas across Canada that should be entirely void of wind turbines. These may be migratory pathways that birds and bats use recurrently or they may be habitat for species at risk.