Have We Found the Cure to White-nose Syndrome? 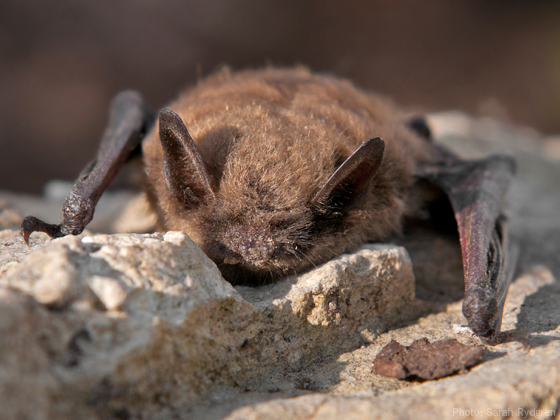 In 2006, white-nose syndrome (WNS) broke out among bat colonies in North America. The fungus (Pseudogymnoascus destructans) has ravaged the ears, muzzles and wings of over 6 million hibernating bats in eastern Canada and the U.S.A.

How does it cause damage? Infected bats wake more frequently during hibernation (when they should be slumbering soundly) which uses up energy and burns up critical fat reserves. Infected bats are also dehydrated due to the massive damage the fungus causes to the wings.

Scientists across North America set straight to work trying to find answers to save our valuable bat species. And it looks like we might have found something promising.

Scientists at the University of Santa Cruz discovered that some of the bacteria naturally found on some bats are antagonistic to the fungus (Pseudogymnoascus destructans). These researchers took a closer look at the bacteria and found six bacterial isolates dramatically inhibited the growth of the fungus in the lab. And two of those proved especially resilient – quashing the fungal growth for over 35 days in culture.

Have we found a cure? It looks like we’ll have to wait to find out. Scientists are currently testing to see if treating bats with the resilient bacteria can protect them from white-nose syndrome. If the data comes back positive, researchers will be able to enter caves where bats are hibernating and spray the bats with the bacteria to give them a chance to survive the winter.

Pledge to Make Your Backyard a Haven for Bats