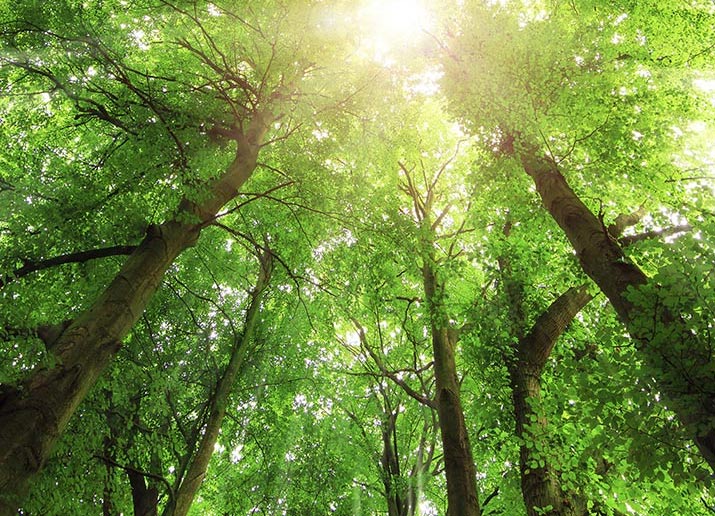 Check out our top five national parks from coast to coast:

Think you’re just breathing in a little fresh air on your weekend hike? Think again. You’re forest bathing. Shinrin-yoku, its formal title, is a concept that Japan adopted in 1982 which has shown to significantly improve people’s health. Forest bathing, in its essence, means taking in the forest atmosphere, to bathe one’s mind and soul with the forest.

It turns out that heading out to the woods can really make an impact on your health. According to a variety of scientific studies, forest bathing can lower your blood pressure and pulse rate, reduce your cortisol levels (those nasty stress hormones), keep depression at bay, boost your energy levels, and kick your anger to the curb.

But don’t replace a proper hike in the woods with a little jaunt around the office. The two won’t produce the same effects. One study compared the cortisol levels in people after walking in a forest compared with those in an urban scene and found that those who walked among the trees had lower levels of stress hormones.

So how long do you have to walk amid nature to reap the benefits? It turns out as little as 40 minutes of walking in a forest will result in improved mood and feelings of vigor. If you want to experience the full-blown benefits, consider spending some time walking in a forest setting every day.

Luckily for us we live in a country where we have an abundance of natural beauty in every province that you can reap the benefits of. Check out Parks Canada to see if there’s a park near you, pack up and go forest bathing! Also make sure to check out our CWF’s Facebook page on September 25th. For every share we get on our Tree Day post we’ll plant a tree.