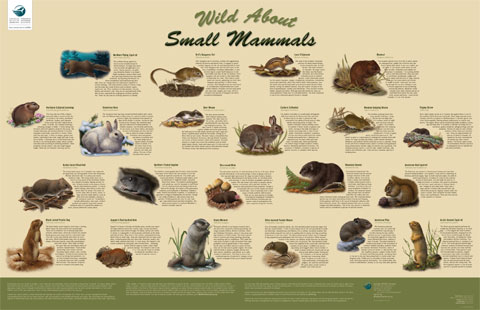 For this month’s edition of Take Five we’ll be highlighting five of the 22 species featured on our new Wild About Small Mammals poster!

Learn more about how to get your copy of this and other fantastic “Wild About…” series posters.

Next month in Take Five: Discover bodies of water!