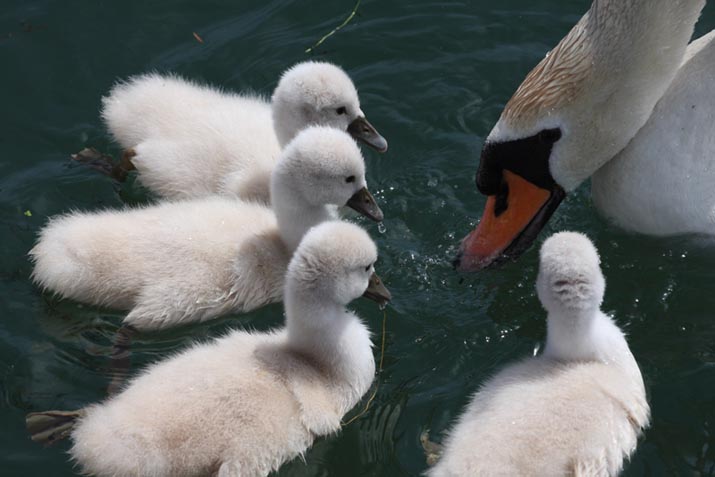 It is undeniable that the bond between mother and child is one of the strongest and most important in the animal kingdom. As this bond is the first that newborns make upon entering this world, babies learn everything from their mothers, from survival skills to social cues and everything in between. Not only is the mother–child relationship important on an emotional level, but it can also increase the chance of survival for offspring and the species as a whole.
Here are three amazing examples that demonstrate the power of the bond between mother and child in the animal kingdom.

Scent of a Mother

It is said that newborn human babies can recognize their mothers by scent immediately after birth, and studies have found that the same holds true for newborn mice pups. As mice are born blind, scientists were interested in discovering how newborns knew where to go to suckle. Originally it was thought that suckling was triggered by a pheromone that all female mice (and animals in general) emit; however, researchers found that each female mouse actually emits a signature perfume consisting of odours from the amniotic fluid. As it was the amniotic fluid that nourished and protected the young mice before they were born, they “learn” this scent blend and recognize it once they’re born. This scent is present around the mother’s nipple immediately following birth so that the newborns can find the nipple, successfully suckle for the first time and increase their chances of survival.

Just as each human has a unique voice, so does each baby goat! It appears that mother goats retain a memory of their kids’ calls and can differentiate these calls from those of other kids. This voice memory stays with the female goat even a year after her kids have been weaned and separated from her. In most species, parents use vocalizations with their offspring as a means of recognition over long distances; this behaviour in female goats could also benefit the goat population by maintaining social relationships and preventing female goats and their male offspring from mating when males become sexually mature.

Did you know that female killer whales have the longest post-reproductive lifespan of any non-human species? They stop reproducing in their 30s and 40s but can live well into their 90s. Research has shown that the presence of a female in a group who no longer reproduces greatly increases the survival of the older offspring.

A little note about the social dynamic of a whale group: offspring will stay with their mother in a single group for their entire lives. When males mate, the mating female cares for the offspring in another group, whereas when females mate the young remain with her, increasing competition for resources within the group.

Theoretically females should have a better chance of spreading their genes if they focus their energy on their male offspring, and research has backed up this hypothesis. Male killer whales have been characterized as “mommy’s boys” who struggle to survive without their mothers’ help. A male killer whale’s chance of death increases 14-fold in the year following its mother’s passing. This increased need for mothers to care for their adult sons provides a strong explanation for why female killer whales experience such a long menopausal lifespan.

Send Dad a wildlife e-card! You cherish our wonderful wildlife and now you can send e-greetings that reflect your love of nature.  We have developed a wide array of wildlife ecards for every occasion for...