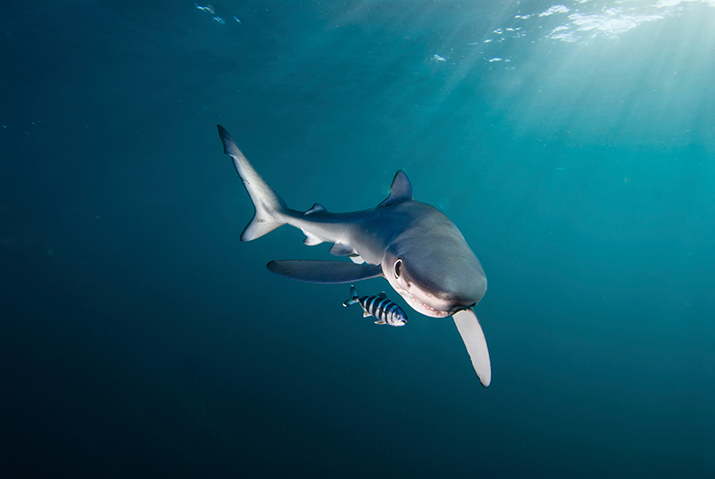 Over a five day stretch in February the Canadian Wildlife Federation along with world-record breath-holding free diver and ocean environmentalist William Winram toured across Ontario to discuss one of the most maligned and misunderstood animals in our ocean.

The “Wild About Sharks” education project aimed to bring marine and shark conservation to new depths of understanding to students and adults aS CWF partnered with  school boards and colleges in Ottawa, Gatineau, Pembroke and the Greater Toronto Area.

Over the course of the tour Winram got to speak to a wide range of age groups including the youngest he’s ever presented to. “It’s always surprising what little kids ask; they’re usually the ones that will ask you a question that stumps you,” says Winram. It’s this kind of outreach where you’re going into schools and kids get into contact with individuals who are involved in conservation is important.”

One of the things that he aims to dispel through these presentations is the notion that sharks are villains -  psychopaths lurking in the deep ready to hunt us. “We don’t seem to accept nature for nature, it has to have some grander meaning,” says Winram. In fact, when it comes to sharks, humanity is doing the majority of the hunting. Every year we’re responsible for the death of an estimated 75 to 100 million sharks, a statistic we’d like to change.