Give a Turtle a Hand 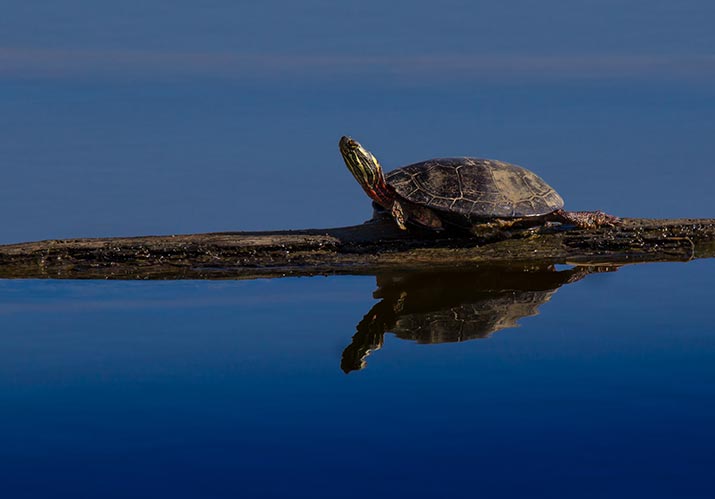 START MUSKOKA TURTLE HOTLINE: in the Muskoka area, 705-955-4284 is the number to call whenever you find turtles in any of these situations: in distress or injured; nesting turtles; discover a threatened (Blanding’s) or endangered (spotted) species. A representative from the START Muskoka Turtle Team will get back to you right away to help.

Freshwater turtles as a whole are in decline throughout Canada. Of the nine freshwater turtles found in Canada, only one subspecies is stable. The remaining species are designated to be at varying degrees of endangerment.

The threats are relatively well studied. Road mortality and habitat loss are having the largest impact on turtle populations in general. Turtles often have to cross roads to find suitable nesting sites, which puts females at risk of being struck by vehicles. These females should lay eggs for decades to produce the next generation of turtles, and if they are killed the next generation will be reduced or even eliminated. The roadsides themselves often prove to be a nesting site of choice since they contain ideal gravelly shoulders, but this places both the females and babies in a dangerous high traffic area.

The Saving Turtles At Risk Today (START) Muskoka Turtle Project works to conserve turtles in the Muskoka area through on the ground conservation, education, public engagement and outreach.

How can you help turtles this summer? We’ve got a few helpful hints: