CWF celebrates Canadaâs historic transformation in marine conservation, recognizing that more strategies will be needed to protect Right Whales and other at risk species 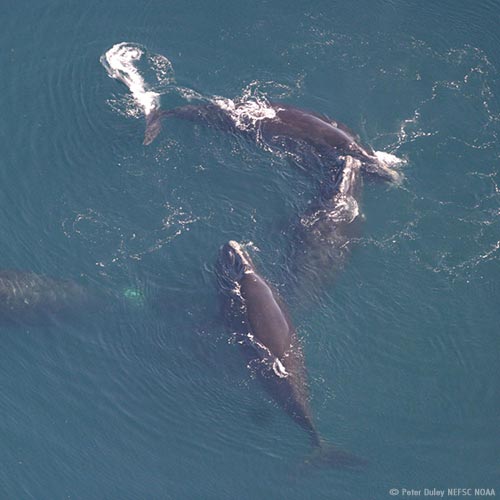 OTTAWA, , Mar. 29, 2018 - Canada now has an official marine mammal response program thanks to new federal funding and the continued and united efforts of the Canadian Wildlife Federation (CWF) and regional response networks in BC, Quebec and Atlantic Canada who make up the Canadian Marine Animal Response Alliance (CMARA).

CWF is pleased that the federal government is creating a new whale conservation program with increased support for Non-Government Organizations (NGO), and integration across Fisheries and Oceans Canada and other government departments.

The national Marine Mammal Response Program will support NGO specialists to respond, with the Fisheries and Oceans Canada, to all types of marine mammal incidents such as entangled, stranded, trapped or dead animals. This is an historic event as Canada has never had a formal Federal Program for responding to marine mammals incidents.

The Government of Canada is also commended for taking unprecedented action to conserve marine wildlife by implementing strong measures to protect right whales in the Gulf of St. Lawrence from ship strikes, and entanglement in commercial fishing gear.

While these actions are not a final solution and ongoing changes may be needed, CWF has long been advocating for these historic changes that will allow Canada to avoid causing harm to whales and other large marine wildlife, and to have the ability to respond and investigate when marine animals are in distress.

CWF is committed to continuing research on human effects on marine wildlife, advocating for changes that will reduce harmful activities, supporting our response specialists, and keeping Canadians informed about the importance of our marine wildlife and the work being done to conserve them.

CWF thanks the Canadian government for its unprecedented actions to reduce the harm to Right Whales, however, these marine mammals are present in other areas of Atlantic Canada so conservation efforts will ultimately need to be expanded. Other fisheries and other shipping areas will need to be involved. Scientists will also need ongoing support research to learn more about the movement patterns of Right Whales and to determine how human activities affect them.

CWF is pleased that the suspension of permission to disentangle right whales has ended.

CWF recognizes that adapting and incorporating these changes will be a challenge for the fisheries and shipping companies involved so cooperation is greatly appreciated.

While the Right Whale story is shocking, it is not the only whale population in need of our attention. Many other whale populations are also endangered in this country, including Blue, Fin, Sei, Beluga and Killer whales. In fact, if we don’t commit to preventing careless harm to marine wildlife by our activities in the oceans, it is likely other species will continue to decline as well.

Other highlights of the federal announcement:

The Canadian Wildlife Federation is dedicated to fostering awareness and appreciation of our natural world. By spreading knowledge of human impacts on the environment, conducting research, taking action to conserve habitat and wildlife, recommending legislative and policy changes, and co-operating with like-minded partners, CWF encourages a future in which Canadians can live in harmony with nature. Visit CanadianWildlifeFederation.ca for more information.

The North Atlantic right whale (Eubalaena glacialis) has a large head that takes up nearly a quarter of the length of its body. Right whales, which can grow up to 18 metres in length can be recognized...

Diving into History with this Endangered Marine Mammal

The Canadian Wildlife Federation (CWF) has reviewed the necropsy reports for the tragic multiple deaths of North Atlantic Right Whales in the Gulf of St. Lawrence this summer and is continuing its call for...