cwf-fcf.org > English > What We Do > Turtles

The Canadian Wildlife Federation and Scales Nature Park have joined efforts to deliver The Saving Turtles At Risk Today (S.T.A.R.T.) Turtle Project. The S.T.A.R.T. project launched in 2013 and is being delivered through Scales Nature Park in conjunction with the Georgian Bay Turtle Hospital. This initiative works to conserve turtles in the Muskoka and Lake Simcoe watershed region (Muskoka, Simcoe, Haliburton etc.) through on the ground conservation, education, public engagement and outreach. By inspiring local residents to protect turtles, CWF and Scales will create a national example of how these precious species can be protected throughout Ontario and other regions of Canada.

Thanks to generous funding from the Rogers Foundation, CWF is working with regional partners, community groups, lake associations and individuals to reduce risks to turtles.

The S.T.A.R.T. Turtle Project will target all six turtle species in the region (Painted, Snapping, Blanding’s, Map, Musk and Spotted), with a particular focus on Blanding’s Turtles since this species is the most likely to be impacted by road mortality and human activities in the area. 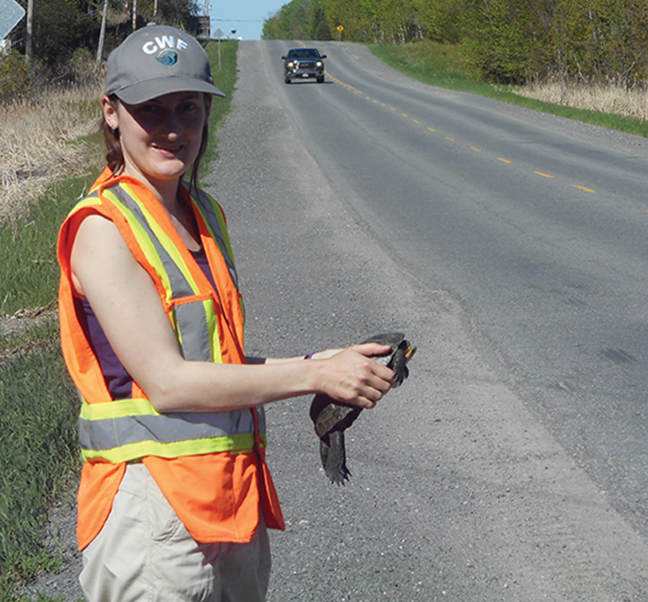 Turtles on the Road

When you see a turtle, whether in the wild or along the road, in the Lake Simcoe-Muskoka region, remember to call or text the S.T.A.R.T. turtle hotline, 705.955.4284. It is especially important that you call in for rare species (all sightings), nesting females (any species), or injured/dead (any species) individuals.

We map road crossings and mortality, captive hatch eggs, and collect lots of data for turtle conservation. Saving one turtle can be a big help to local turtle populations, especially if it’s female. A healthy female left to live a long life will lay eggs and help restore turtle populations. Remember: turtles are not speed bumps. Brake for turtles when it is safe to do so. And call the hotline anytime you see a turtle.

In collaboration with the Canadian Wildlife Federation, our partners at Scales Nature Park are busy working on the Saving Turtles at Risk Today Project in the Simcoe/Muskoka area in Ontario. Over 30 project staff and volunteers participate each year in "Turtle Boot Camp," an intensive two week training program. The project's “turtle hotline,” designed to encourage local residents to report turtles continued to gain traction, with the team fielding nearly 700 calls in 2019 alone. The turtle teams survey for turtles, collect valuable data on movement patterns and habitat use, identify areas of high mortality on roads, and collect and incubate turtle eggs.

The threats are relatively well studied. Road mortality and habitat loss are having the largest impact on turtle populations in general. Turtles often have to cross roads to find suitable nesting sites, which puts females at risk of being struck by vehicles. These females should lay eggs for decades to produce the next generation of turtles, and if they are killed the next generation will be reduced or even eliminated. The roadsides themselves often prove to be a nesting site of choice since they contain ideal gravelly shoulders, but this places both the females and young in a dangerous high traffic area. 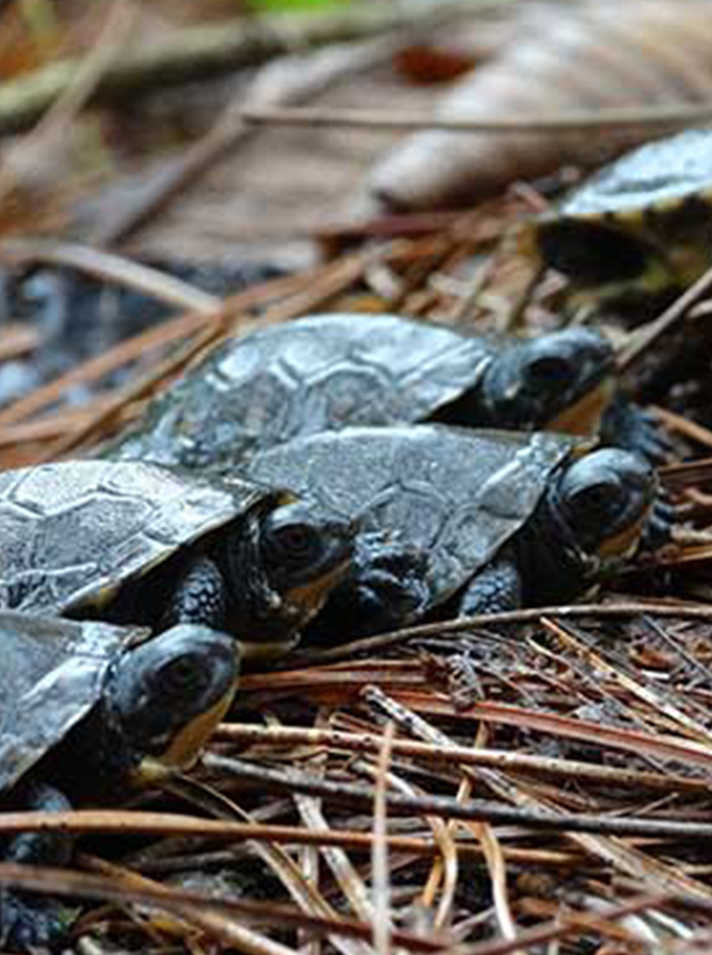 S.T.A.R.T. project staff continue to participate in a number of festivals and community events in Muskoka and surrounding area. Public engagement and awareness is essential in turtle conservation. Engaging the local community bolsters support for turtle conservation and can lead to direct actions to safeguard turtles. Things you can do to help include the following: 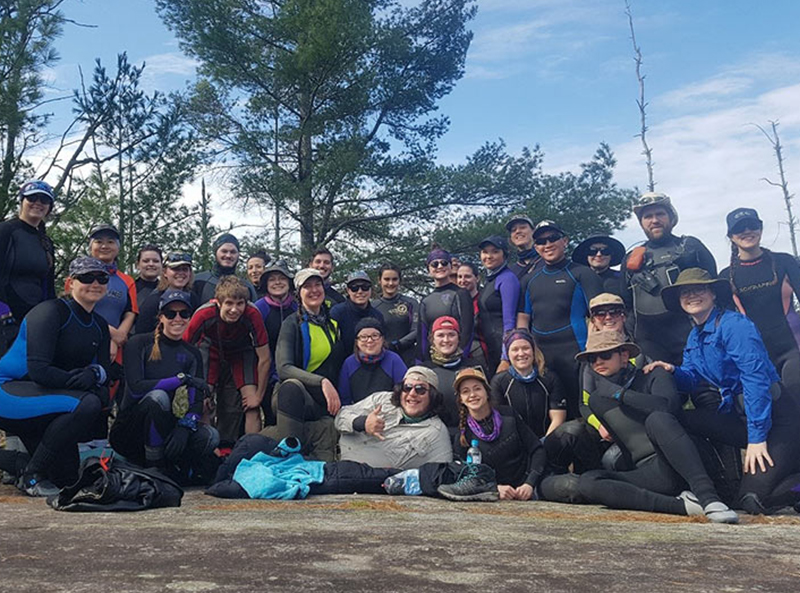 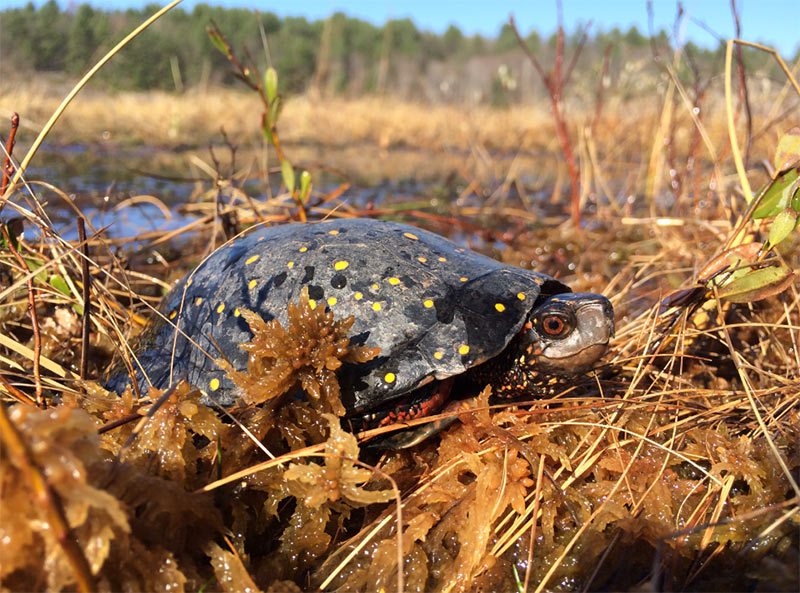 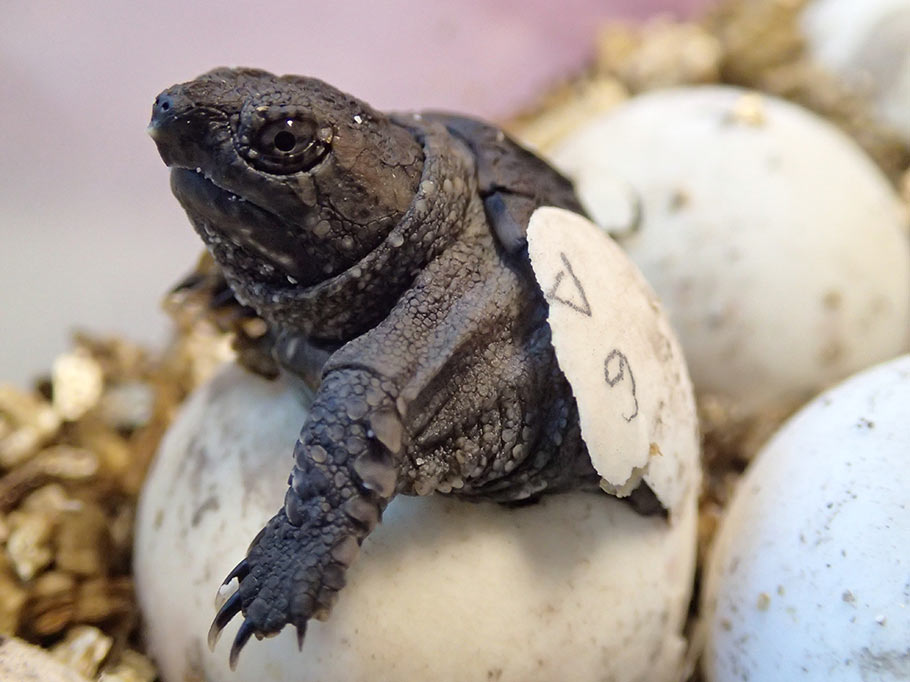 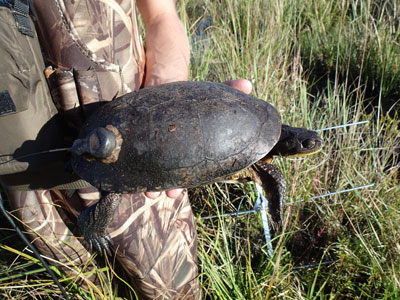 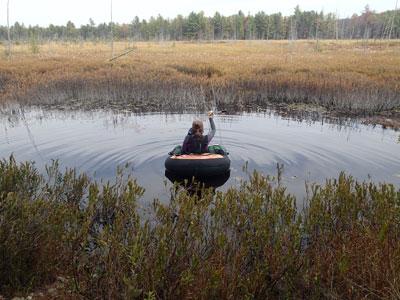 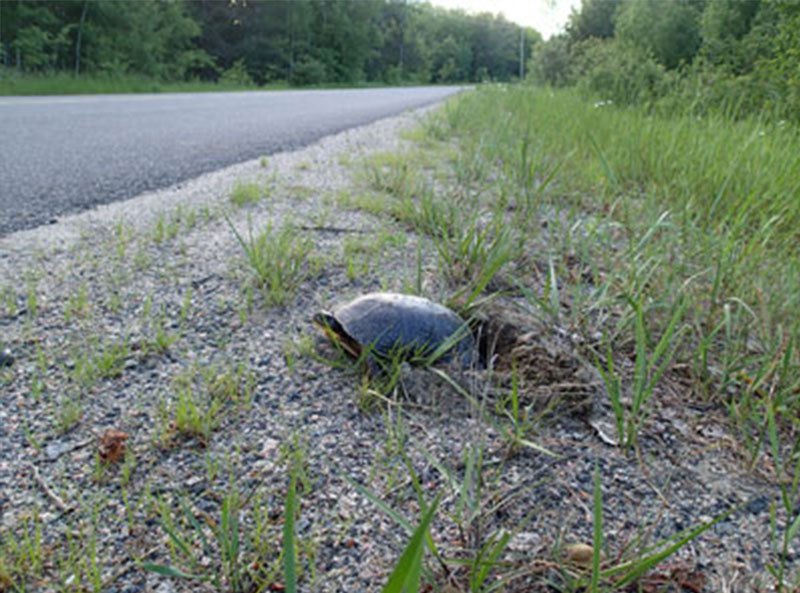 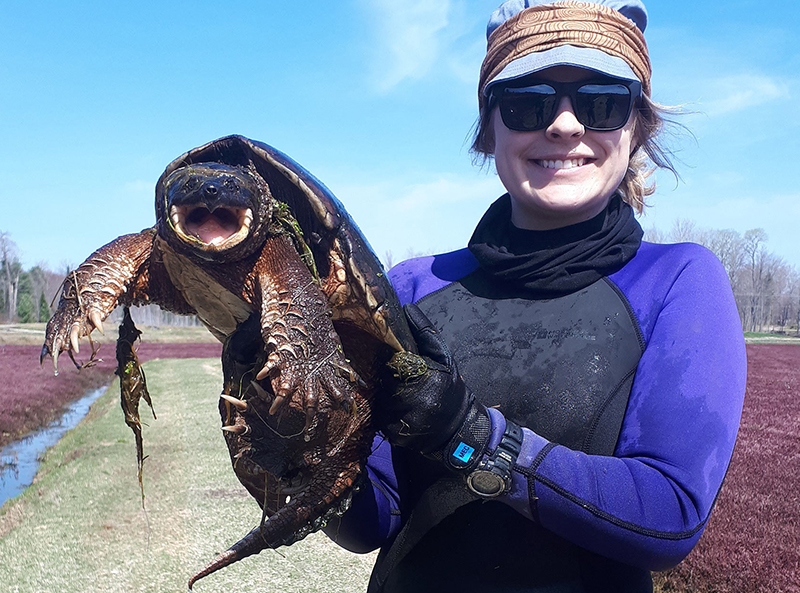 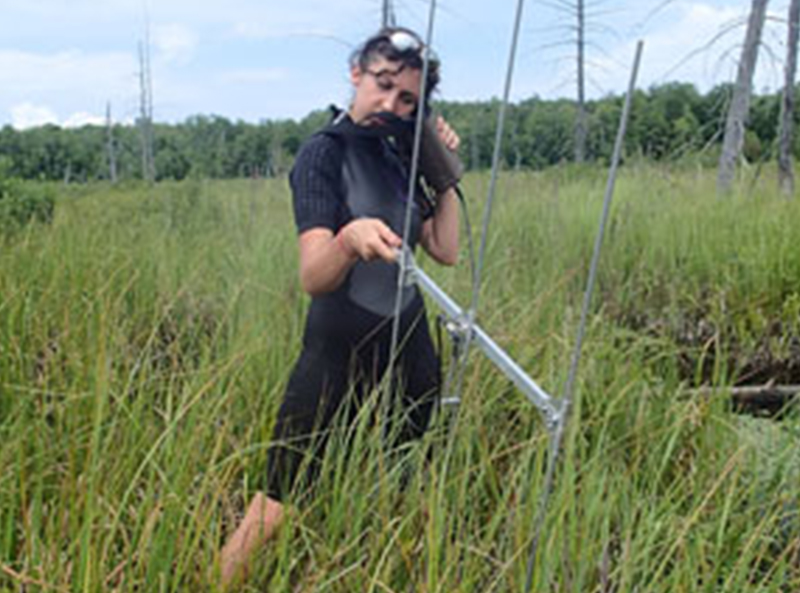 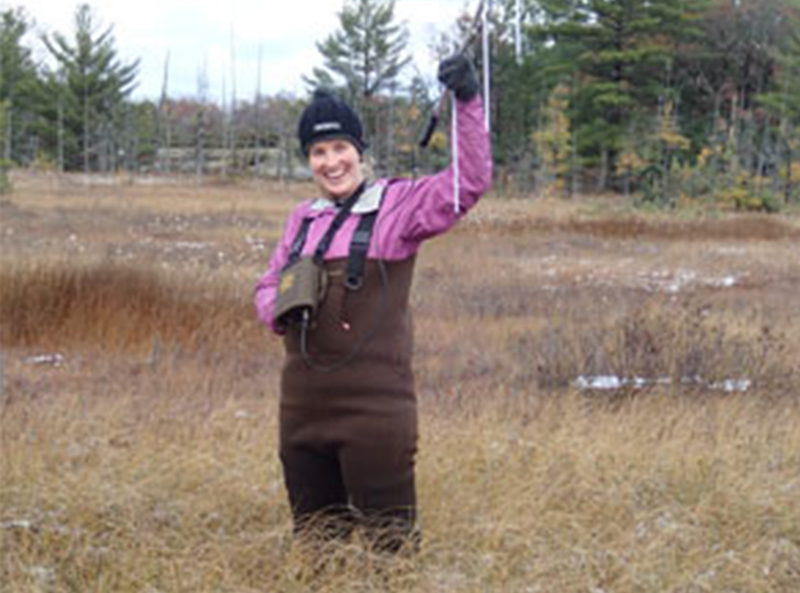 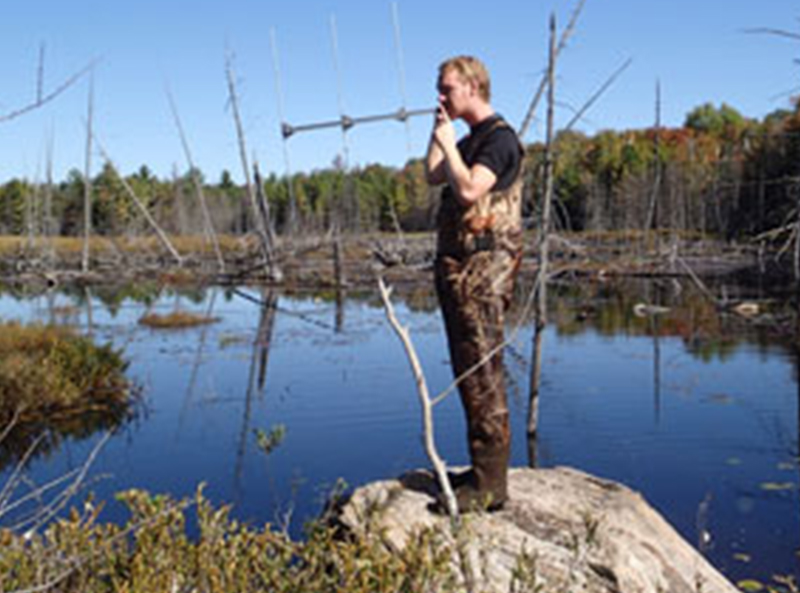