Land of Feast and Famine

Scientists predict that one of the areas hardest hit by climate change will be the Arctic. Here, the rate of atmospheric warming is twice as fast as in any other region, and temperatures may rise by as much as 10°C by the end of this century. Nowhere else are the impacts of climate change more noticeable than on Canada's tundra — a vast, treeless plain where the subsoil is permanently frozen and the balance of nature has always teetered between life and death.

A tangled web of interconnected climatic changes is taking place, altering the key habitat components (food, water, shelter, and space) that enable wildlife to survive in one of the bleakest regions on Earth. The result is a feast for some species, a famine for others. Some life forms will adapt to these climatic changes. Others will decline or disappear.

Perhaps the most vulnerable species of all is the Peary caribou. What distinguishes this subspecies from other caribou is its smaller size, paler colour, and narrower antlers, as well as its harsher habitat — the northernmost reaches of Canada's Arctic Archipelago. The Peary caribou has always been prone to drastic population swings resulting from severe weather conditions, and its numbers declined from 24,000 in 1961 to as few as 700 in 2009.

The end may be near for this majestic mammal if warmer weather continues to alter its habitat. For example: 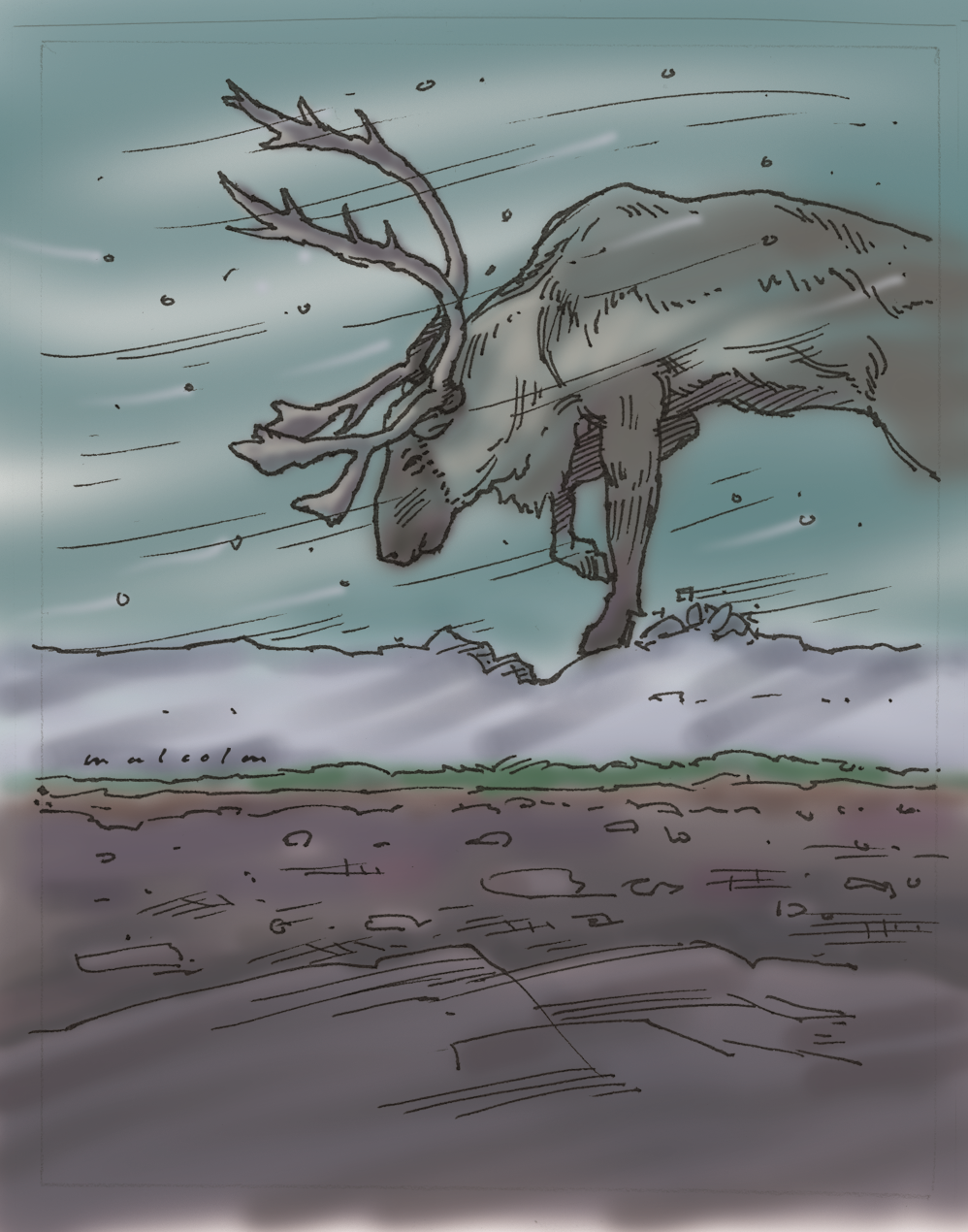 Not only is the heat on, but the tap is on too. Climatologists monitoring the Arctic tundra forecast a 30 to 50 percent surge in precipitation in the next 100 years, which could put more pressure on the caribou. For instance: