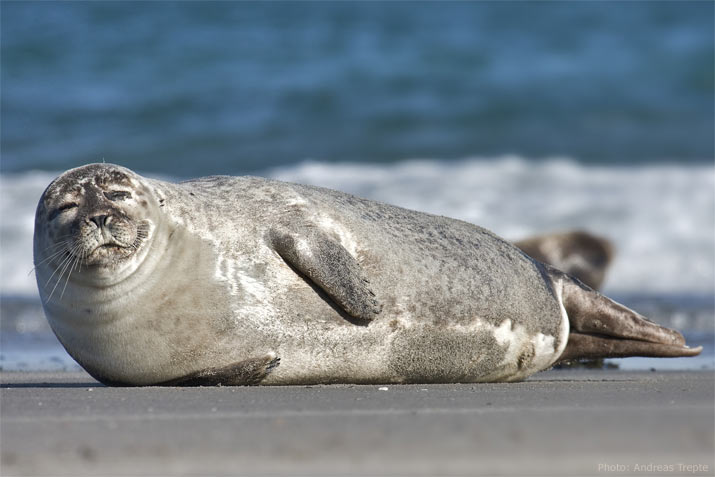 • Up to two metres in the length.

• Found in the Eastern and central North Pacific Ocean.

• Males are uniformly grey in colour, while females and juveniles are darker brown on top and lighter underneath.

• Dark grey to black in colour for males to silver/grey undercoat with a brownish throat on adult females.

• Dark bodies with irregular spots of light and dark.

• Males have massive shoulders and thick folded skin on neck.

• Found in the North Atlantic and Arctic Oceans.

• Found coastally in the North and Eastern Pacific Ocean.

• Brown to yellow when dry, brown to black when wet in colour.

• Front flippers are broad, with hair covering ¾ of the top surface.

• From grey, brown and black in colour, with a lighter coloured head.

• Found in the western Arctic Oceans.

• Long canine teeth or tusks, which are longer and bigger for males than females.