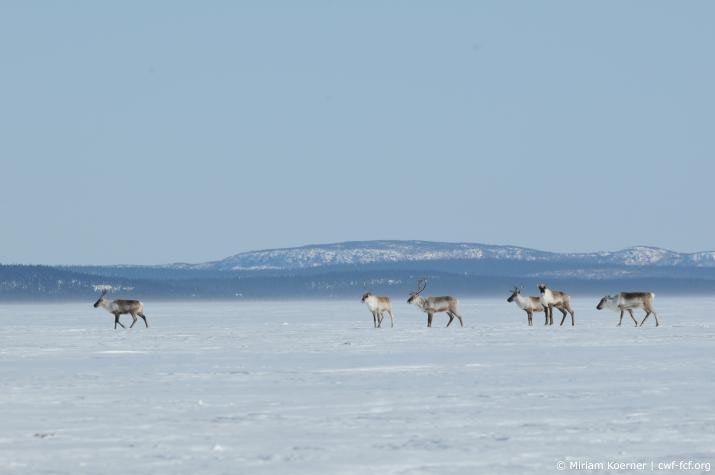 Across the Union and Dolphin straits, Coronation Gulf and Dease Strait to the mainland of Nunavut (including Umingmaktok, Kent Peninsula and Grays Bay). For the eight other migratory herds listed above, the destination is the taiga further south.

The tundra provides the barren-ground caribou with various plants and grasses to feed on. Their main food source is lichen, but they also eat sedges, twigs and mushrooms.

When compared to body size, this species has the largest antlers of any caribou.