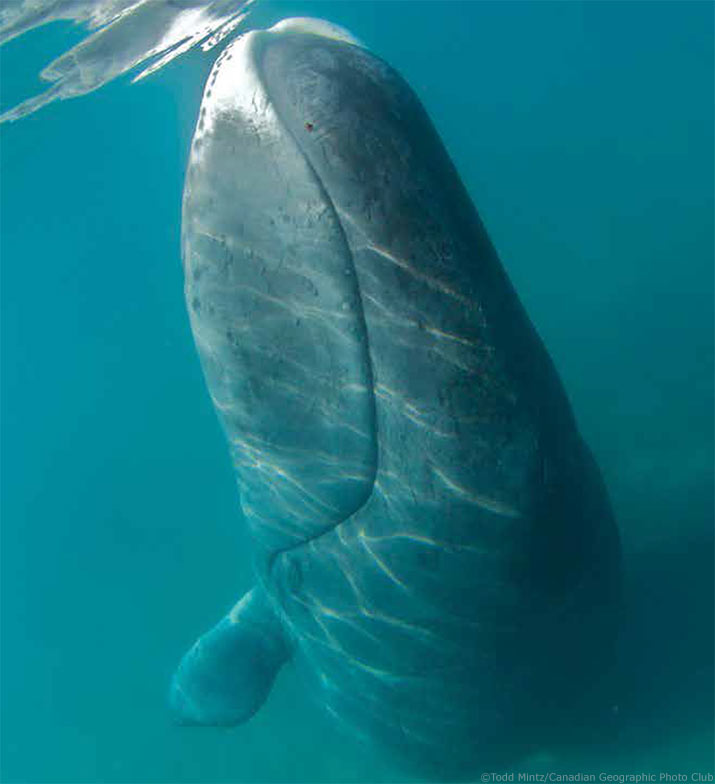 From April to the end of June, the western Arctic population migrates along the Northern Coast of Alaska to the eastern Beaufort Sea and spends its summer around Banks Island. The Eastern Canada-West Greenland population winters in northern Hudson Bay, Hudson Strait, Davis Strait and southern Baffin Bay.

The bowhead whale lives entirely in the Arctic and sub-Arctic waters. It is circumpolar and spends winter around the southern edge of the sea ice.

The bowhead whale feeds by swimming forward with its mouth wide open, continuously filtering water through its baleen plates.

These whales are thought to be some of the longest-living animals on Earth, with a lifespan longer than 100 years; one individual whale was thought to be around 200 years old.