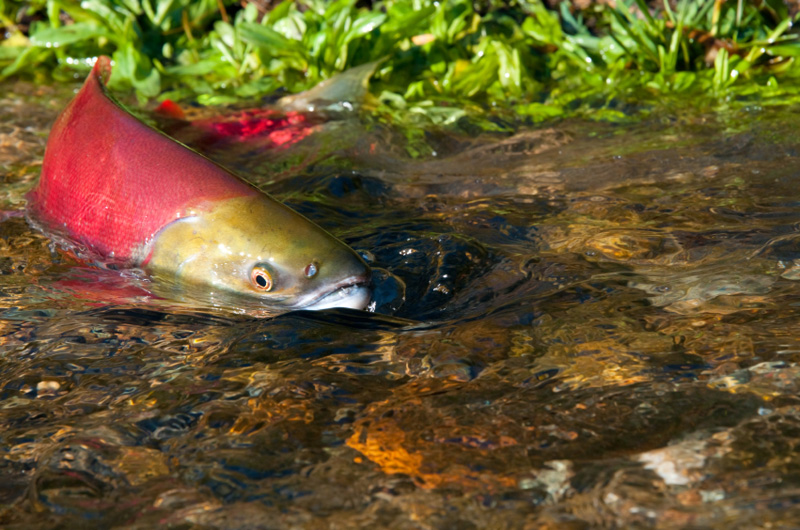 (The Cultus and Sakinaw populations are endangered)

Lakes and rivers in British Columbia

Sockeye salmon can be found in the northern Pacific Ocean and rivers that discharge into it. They remain in the freshwater lake they are born in for two to three years and then migrate to the ocean, travelling up to 1,600 kilometres. They remain in the open ocean for one to four years, then return to their natal lakes to breed and spawn. The endangered sockeye salmon population born in Cultus Lake, B.C., return to spawn in the lake through the Fraser River.

Sockeye salmon feed on zooplankton, as well as small aquatic organisms such as shrimp.

Sockeye salmon are an anadromous fish, meaning they migrate from the sea to fresh water to spawn.