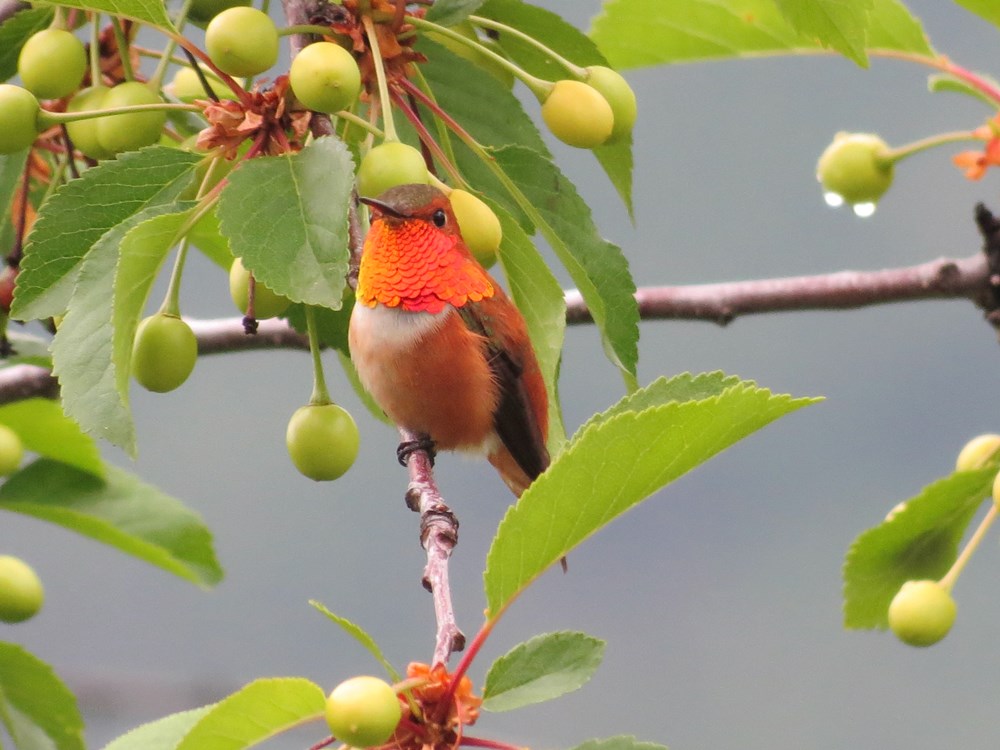 Description:
Approximately 9.5 cm long. Adult male upperparts are mainly reddish-brown with dull green on the top of their head and a white patch behind the eyes. Their throat is iridescent orange-red and has white at the top of their breast and parts of the belly; the rest of its underparts are reddish-brown. Adult females are similar to males but paler and greener; their throat is white with dark and/or iridescent spots of orange-red. Immature birds resemble the females, but immature males start to show reddish-brown upperparts before their throat colours develop.

They are solitary birds that are known to aggressively defend their territory. Rufous hummingbirds generally migrate south to Mexico and a portion of the southern States for the winter months. They travel south along mountain meadows; however, their path when they return northwards is usually along the west coast.

Threats and What You Can Do:
While the status of this species is currently considered stable, you can help it by gardening organically to allow insects and spiders to be a healthy source of food. You can also grow a variety of native tubular flowers. If you include non-natives, avoid invasive species. Leave any mature trees where possible for them to nest or even bathe on.

Notes: Special thanks to Michel Gosselin for his help with this species profile.