A Deep Dive Into the Lives of North Atlantic Right Whales

A Deep Dive Into the Lives of North Atlantic Right Whales 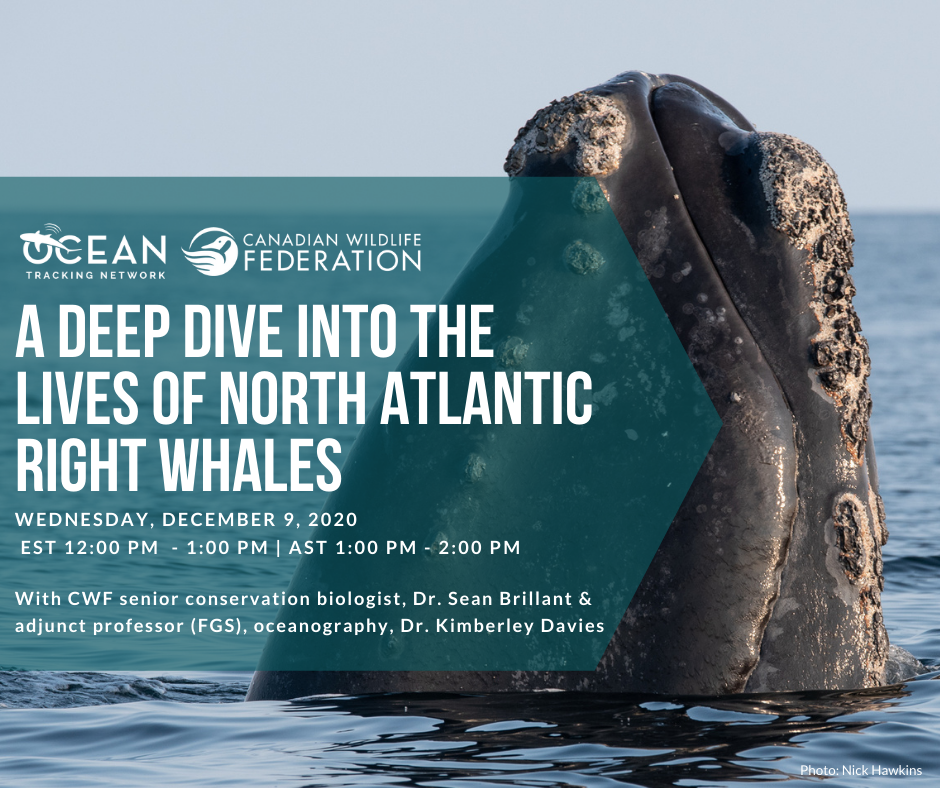 North Atlantic right whales are amongst the most endangered cetaceans on the planet. A new population study shows that right whale numbers continue to decline, with just 356 whales remaining.

If we don’t act now, we will lose this species.

Join us on December 9th as we highlight the role food and ecology play in the movement and conservation of North Atlantic right whales. We’ll discuss the latest population estimates and explore how organizations, government and advancing technology are working to ensure a future for this critically endangered species.

We’ll speak to Dr. Kim Davies, a right whale researcher at the University of New Brunswick and co-principal investigator on the Whales, Habitat and Listening Experiment (WhALE). WHaLE uses hydrophone-equipped gliders in the Gulf of St. Lawrence to “listen” for whale calls and transmit the animals’ locations in real-time to ships and vessels in the area.

Results from the monitoring aim to reduce the number of whale-ship collisions and assist with the protection of critical whale habitats such as the Roseway Basin and the Gully Marine Protected Area off southeastern Nova Scotia and the Gulf of St. Lawrence. In November, Canada ordered two temporary fishery closures in the Roseway Basin off southern Nova Scotia after multiple detections of endangered North Atlantic right whales in the area. Important measures such as these will help to conserve this species.

The North Atlantic right whale is the most endangered large whale on the planet. Historically found throughout the Atlantic Ocean, it was named the ârightâ whale because its large body and thick blubber made it...