OTTAWA, ON--(April 8, 2016) The Canadian Wildlife Federation (CWF) is celebrating a landmark achievement in conservation with a call to action as 2016 marks the 100th anniversary of the Migratory Birds Convention, the first treaty to conserve wildlife between Canada and the United States.

“As we celebrate the centennial of the Migratory Birds Convention it’s important to renew our commitment to conservation,” says Rick Bates, acting CEO of CWF. ”We must continue to co-operate and do our part to protect migratory birds, many of whom are at risk due to threats such as habitat loss, impacts from pesticides and climate change.”

One of the most impressive conservation agreements in North America, the convention committed the two countries to work together to cooperatively manage populations, share research and protect lands and waters for migratory birds, Bates says. The convention also led the way for important bird conservation programs such as the North American Waterfowl Management Plan and the Western Hemisphere Shorebird Reserve Network. But despite significant advances in bird conservation efforts, bird populations continue to decline.

The top sources of indirect bird mortality in Canada due to humans are:

These four issues represent more than 95 per cent of the individual birds killed across all human-related sources, says Carolyn Callaghan, Wildlife Science and Policy Manager for CWF.

To commemorate the centennial of the Migratory Birds Convention and raise awareness of conservation issues facing birds as well as butterflies, bees, bats and other winged species the theme for National Wildlife Week April 10-16 is Giving Wings to Wildlife Conservation. The celebration includes:

The CWF Goose Gala presented by Rogers April 14 in Toronto featuring actor and comedian Martin Short. Many celebrities and political leaders are attending this fundraiser.

The CWF Walk for Wildlife April 15 and 16 across Canada.

The public has many opportunities to get involved. For example, to prevent birds from colliding with windows homeowners and businesses can take simple steps such as reducing outdoor lighting, drawing blinds to deter reflections and placing bird feeders less than one metre or more than 10 metres away from windows. CWF is also asking the public to recording sightings of bird collisions with windows online using an app called iNaturalist.

CWF is also pleased to present new educational videos about the centennial of the migratory birds convention developed through the Hinterland Who’s Who program. To view the videos and for more information on how to help conserve our migratory birds and other species visit NationalWildlifeWeek.org.

National Wildlife Week was established in 1947 to commemorate the achievements and contributions of Jack Miner, one of the first conservationists to determine the migratory paths of North American birds. Visit NationalWildlifeWeek.org for more information. 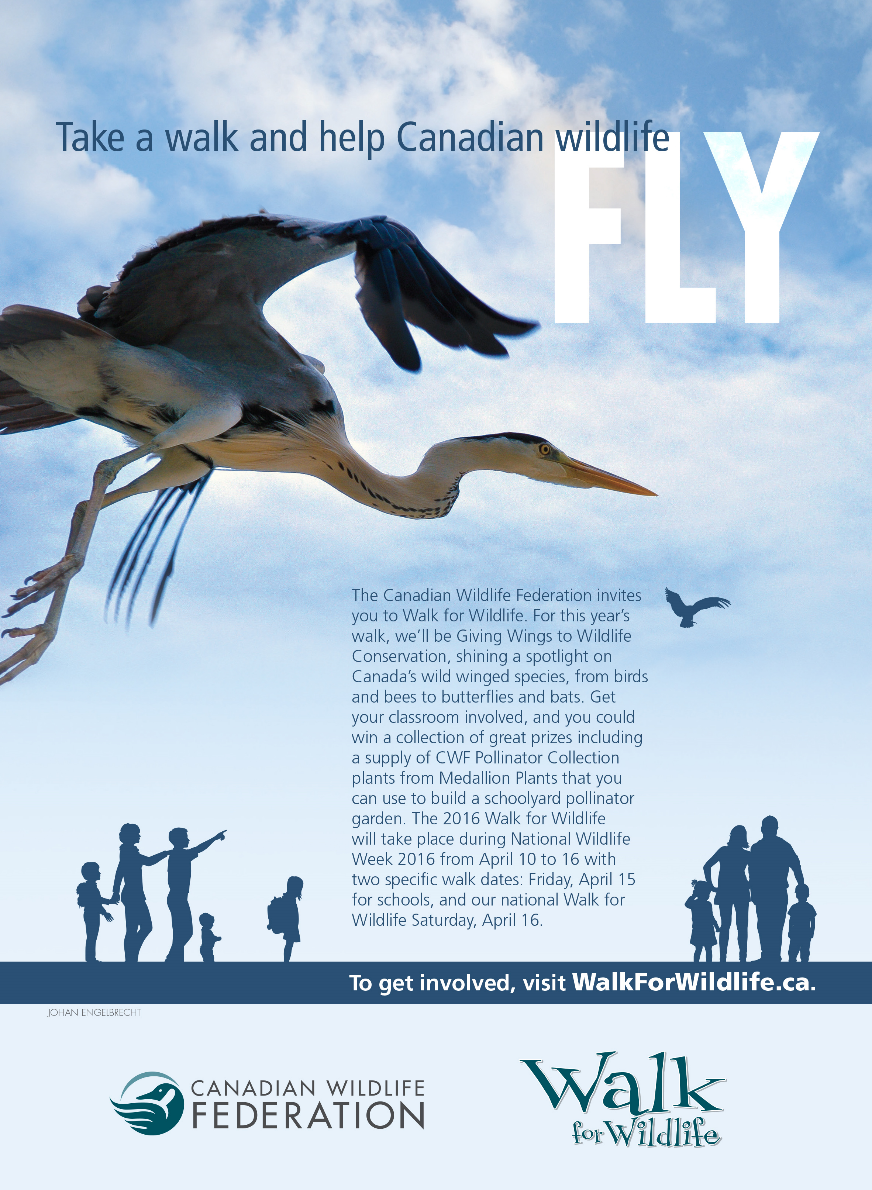