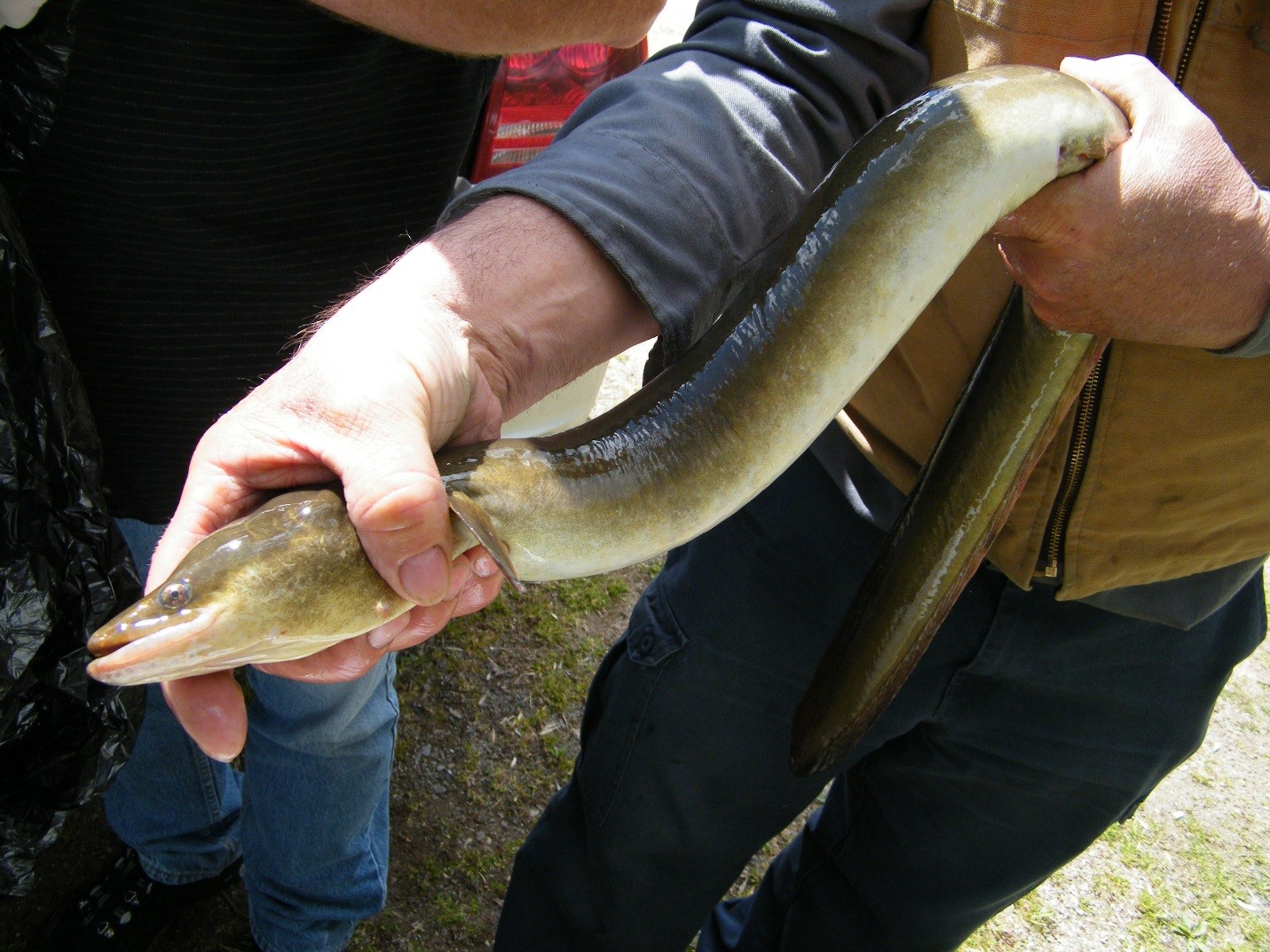 OTTAWA, August 22, 2016 – Conservation groups are calling on the Government of Ontario to obey the Ontario Endangered Species Act (ESA) and begin implementing the recovery strategy for American Eel. Today marks the two-year anniversary of the due date of the government response statement, a critical step in implementing the actions outlined in the species’ recovery strategy.

On July 12, 2016, the Canadian Wildlife Federation wrote to Kathryn McGarry, Ontario’s Minister of Natural Resources and Forestry, to inquire about the status of the government response statement.  To date, no response has been received beyond an acknowledgement of receipt.  Given the delay in issuing the government response statement and the perilous situation of this species in Ontario, conservation organizations are deeply concerned about the lack of urgency and transparency displayed by the Ontario Ministry of Natural Resources and Forestry in addressing this issue. A second letter was submitted today and can be found online.

A wide variety of stakeholders including the province of Ontario had been working to understand how to save the American Eel for years before the Endangered Species Act came into force in 2008 and today, several key organizations including The Canadian Wildlife Federation, Ottawa Riverkeeper, Ontario Rivers Alliance, and Ontario Nature have joined with CWF to mutually call for immediate government action.

“As a group of concerned conservation organizations, we feel strongly that it is now time to get down to work and start implementing actions to recover this unique fish species,” says Nicolas Lapointe, CWF’s senior conservation biologist, freshwater ecology.  “We are calling on the Government of Ontario to resolve any outstanding issues and finalize their response statement as soon as possible so that it can begin dedicating the necessary resources to support recovery of the American Eel. The survival of the species in Ontario depends on it”.

About the Canadian Wildlife Federation
The Canadian Wildlife Federation is a national not-to-profit charitable organization dedicated to ensuring an appreciation of our natural world and a lasting legacy of healthy wildlife and habitat. By spreading knowledge of human impacts on the environment, developing and delivering educational programs, sponsoring research, promoting the sustainable use of natural resources, recommending policy changes and co-operating with like-minded partners, CWF encourages a future in which Canadians can live in harmony with nature. For more information, visit CanadianWildlifeFederation.ca

About Ottawa Riverkeeper
Ottawa Riverkeeper is a grassroots charity founded in 2001 that works to protect, promote and improve the ecological health of the Ottawa River and its tributaries.  Ottawa Riverkeeper works collaboratively to inspire others to take action, to encourage responsible decision making, to hold polluters accountable and to recommend alternative practices and policies to safeguard our local waterways.  They are a licensed member of the New York-based Waterkeeper Alliance, a coalition of over 200 groups worldwide working for clean and accessible water.  For more information, visit ottawariverkeeper.ca

About Ontario Nature
Ontario Nature is a charitable organization that protects wild species and wild spaces through conservation, education and public engagement. Established in 1931, Ontario Nature represents more than 30,000 members and supporters and more than 150 member groups across Ontario. ontarionature.org

About the American Eel

American Eel are in decline worldwide, but one of the most dramatic declines has occurred in Ontario, where the species is at less than one per cent of its historic abundance.  In the Ottawa River, American Eel was once the most common species, comprising up to 50 per cent of the river’s biomass. The entire global population is connected during spawning, when adults migrate from freshwaters ranging from Greenland to Venezuela to spawn in the Sargasso Sea near the Bahamas.

Eels from the St. Lawrence River, Ottawa River, and Lake Ontario are particularly important to the global population. All eels found in these areas are female and they grow to be the largest American Eel in existence.  These large females carry so many eggs that, until recently, they contributed from 25 to 67 per cent of the global population’s reproduction.  The loss of so many highly reproductive females is a major threat to the survival of the entire species.

Over the past century, overfishing contributed to the loss of American Eel in Lake Ontario, though no such fisheries existed in the Ottawa River where parallel declines occurred.  Dams are the biggest problem, because they block both upstream and downstream migration.  Juvenile eels hatch in the sea and drift on ocean currents until they approach the continent.  There, they transform into elvers and begin swimming upstream to reach freshwater lakes and rivers.  Young eels are great climbers and can get around obstacles such as rapids and small waterfalls, but most dams are too high and steep.  On the return trip, the larger adults follow the main flow of water.  Unfortunately, this frequently leads them through hydropower dam turbines that are incredibly dangerous for large, long fish.  Adults that grew up far inland often have to run the gauntlet of several hydropower dams before they are freely connected to the ocean.

Many options exist to help recover American Eel.  Commercial fisheries in Ontario have now been closed, and several groups have assisted with efforts to trap and transport eels around dams.  Eel ladders have been installed at two major dams on the St. Lawrence River, allowing juvenile eels to climb up and over these barriers.  Screens are being installed on one dam in the Ottawa River to keep adult females away from turbines.  However, much more needs to be done.  For example, Ontario’s recovery strategy calls for the installation of eel ladders to restore access to former habitats at a rate of 10 per cent every five years.  The first five-year mark is quickly approaching in 2018, yet no ladders have been installed since the recovery strategy was published. Since that time, little progress has been made towards recovering American Eel in Ontario, and the overdue Government Response Statement is a clear lynchpin in the recovery process.

Where do American Eels spawn?

Where do American Eels spawn? A. Ottawa, Ontario B. Off the coast of Mexico C. The Sargasso Sea