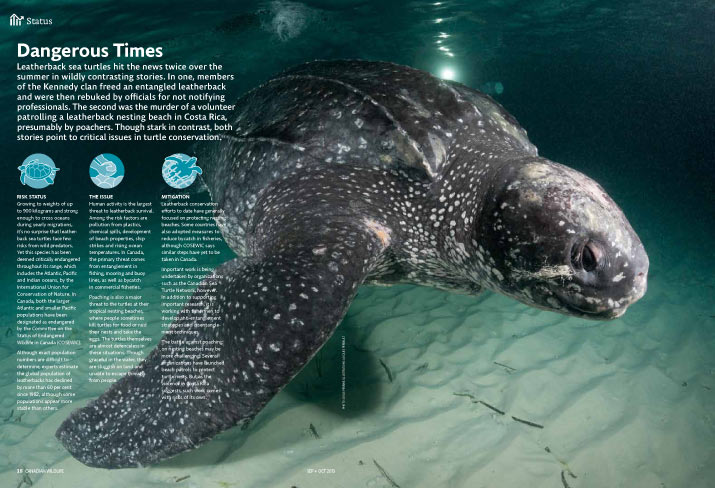 Leatherback sea turtles hit the news twice over the summer in wildly contrasting stories. In one, members of the Kennedy clan freed an entangled leatherback and were then rebuked by officials for not notifying professionals. The second was the murder of a volunteer patrolling a leatherback nesting beach in Costa Rica, presumably by poachers. Though stark in contrast, both stories point to critical issues in turtle conservation.