Status: Before Their Time 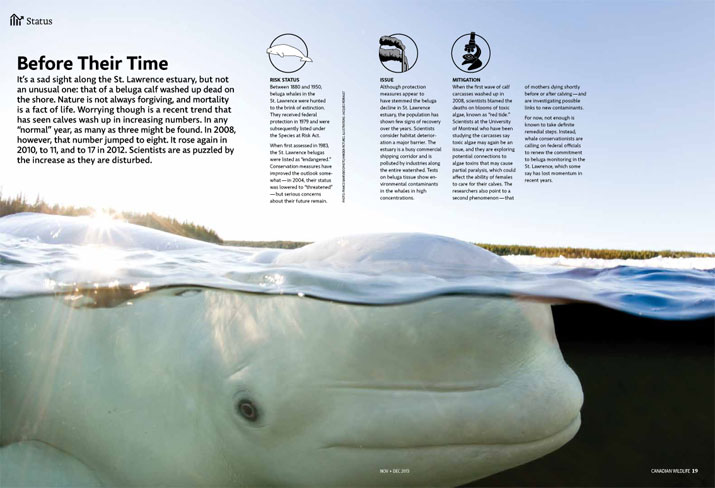 It’s a sad sight along the St. Lawrence estuary, but not an unusual one: that of a beluga calf washed up dead on the shore. Nature is not always forgiving, and mortality is a fact of life. Worrying though is a recent trend that has seen calves wash up in increasing numbers. In any “normal” year, as many as three might be found. In 2008, however, that number jumped to eight. It rose again in 2010, to 11, and to 17 in 2012. Scientists are as puzzled by the increase as they are disturbed.

Do belugas cry?
Yes
No