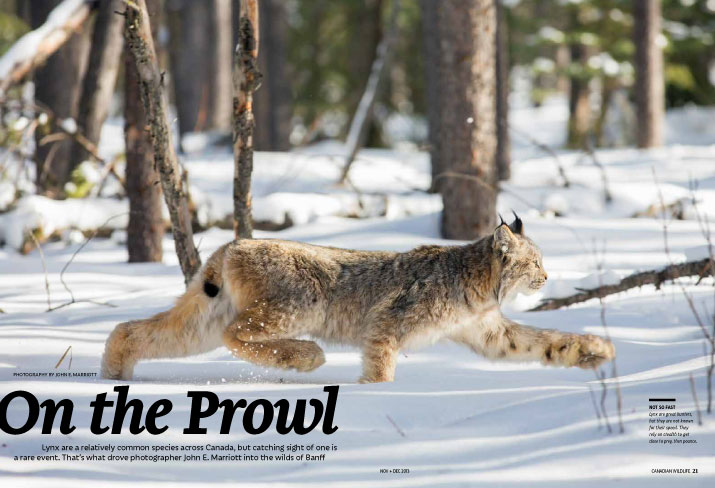 Lynx are a relatively common species across Canada, but catching sight of one is a rare event. Thatâs what drove photographer John E. Marriott into the wilds of Banff

See the locations in the stories from the November/December 2013 issue of Canadian Wildlife.

CWFâs publications urge Canadians to make a connection with wildlife in their everyday lives.