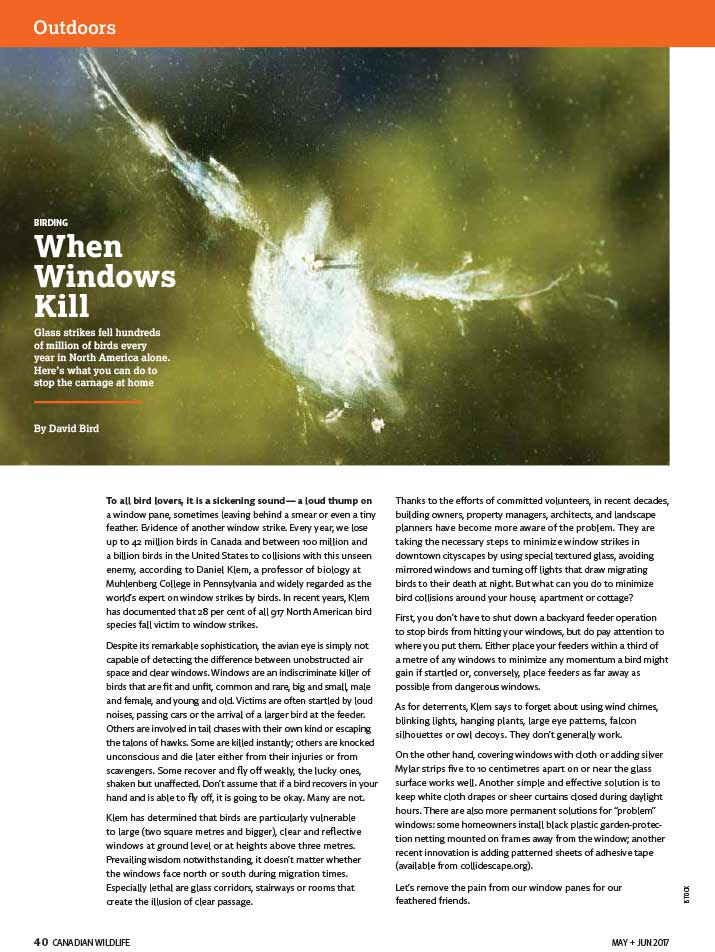 Glass strikes fell hundreds of million of birds every year in North America alone. Here’s what you can do to stop the carnage at home

To all bird lovers, it is a sickening sound — a loud thump on a window pane, sometimes leaving behind a smear or even a tiny feather. Evidence of another window strike. Every year, we lose up to 42 million birds in Canada and between 100 million and a billion birds in the United States to collisions with this unseen enemy, according to Daniel Klem, a professor of biology at Muhlenberg College in Pennsylvania and widely regarded as the world’s expert on window strikes by birds. In recent years, Klem has documented that 28 per cent of all 917 North American bird species fall victim to window strikes.

Despite its remarkable sophistication, the avian eye is simply not capable of detecting the difference between unobstructed air space and clear windows. Windows are an indiscriminate killer of birds that are fit and unfit, common and rare, big and small, male and female, and young and old. Victims are often startled by loud noises, passing cars or the arrival of a larger bird at the feeder.

Others are involved in tail chases with their own kind or escaping the talons of hawks. Some are killed instantly; others are knocked unconscious and die later either from their injuries or from scavengers. Some recover and fly off weakly, the lucky ones, shaken but unaffected. Don’t assume that if a bird recovers in your hand and is able to fly off, it is going to be okay. Many are not. Klem has determined that birds are particularly vulnerable to large (two square metres and bigger), clear and reflective windows at ground level or at heights above three metres. Prevailing wisdom notwithstanding, it doesn’t matter whether the windows face north or south during migration times. Especially lethal are glass corridors, stairways or rooms that create the illusion of clear passage.

Thanks to the efforts of committed volunteers, in recent decades, building owners, property managers, architects, and landscape planners have become more aware of the problem. They are taking the necessary steps to minimize window strikes in downtown cityscapes by using special textured glass, avoiding mirrored windows and turning off lights that draw migrating birds to their death at night. But what can you do to minimize bird collisions around your house, apartment or cottage? 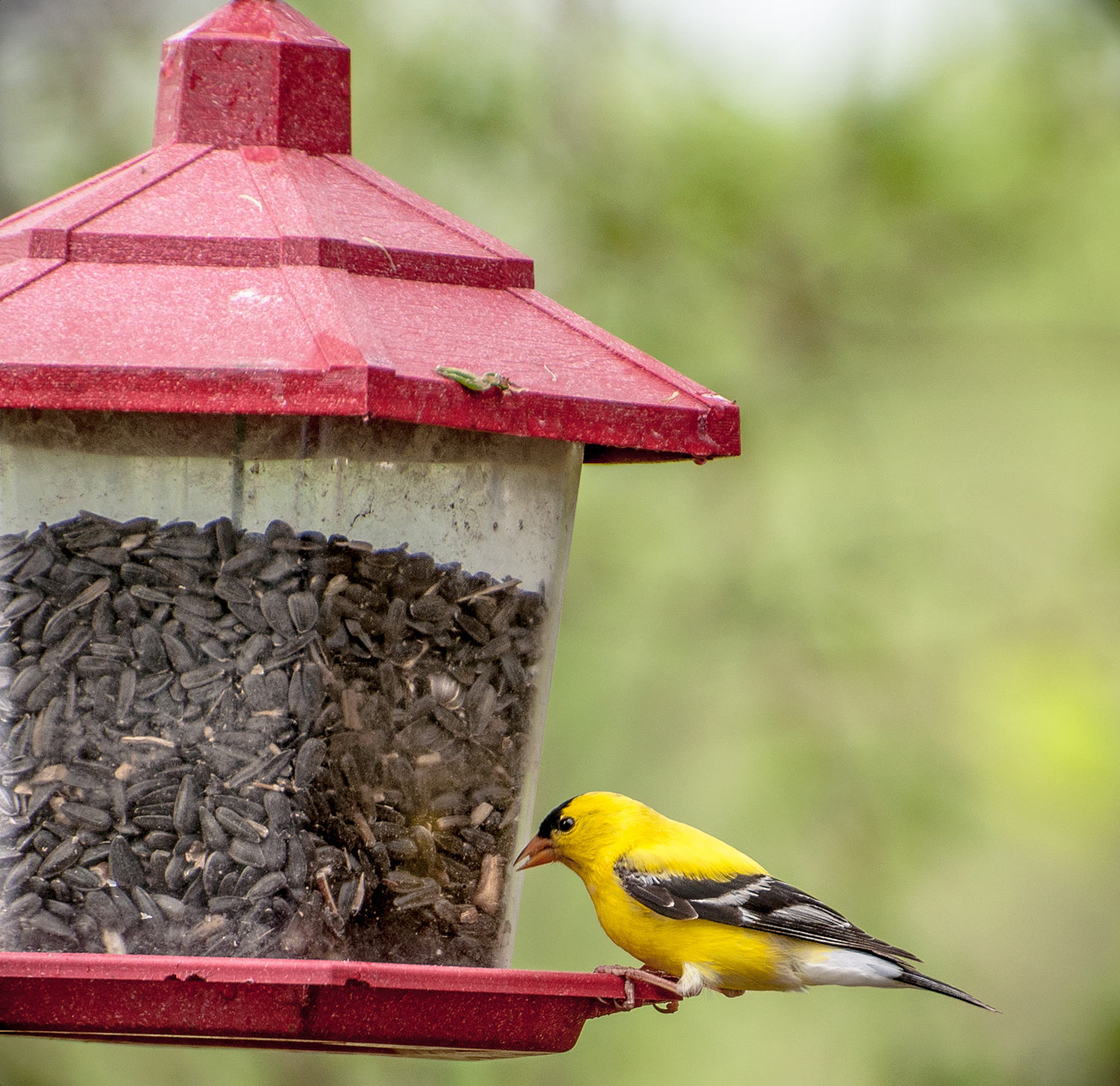 First, you don’t have to shut down a backyard feeder operation to stop birds from hitting your windows, but do pay attention to where you put them. Either place your feeders within a third of a metre of any windows to minimize any momentum a bird might gain if startled or, conversely, place feeders as far away as possible from dangerous windows.

On the other hand, covering windows with cloth or adding silver Mylar strips five to 10 centimetres apart on or near the glass surface works well. Another simple and effective solution is to keep white cloth drapes or sheer curtains closed during daylight hours. There are also more permanent solutions for “problem” windows: some homeowners install black plastic garden-protection netting mounted on frames away from the window; another recent innovation is adding patterned sheets of adhesive tape (available from collidescape.org).

Let’s remove the pain from our window panes for our feathered friends.