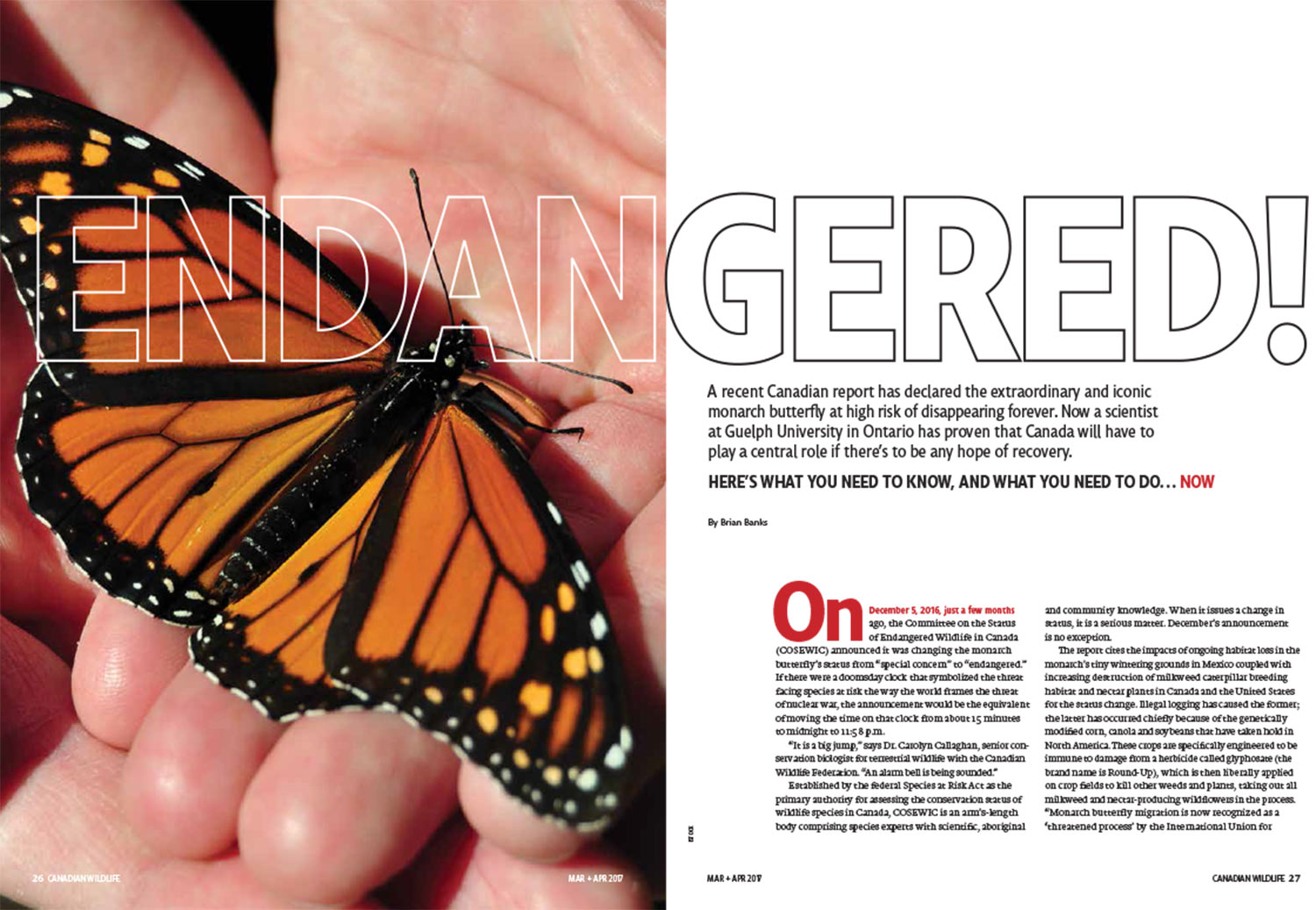 A recent Canadian report has declared the extraordinary and iconic monarch butterfly at high risk of disappearing forever. Now a scientist at Guelph University in Ontario has proven that Canada will have to play a central role if there’s to be any hope of recovery.

Pledge to Make Your Garden a Safe Place for Monarchs

Letâs make a difference to the majestic monarch today.

Join CWF and HWW on the monarch! The Canadian Wildlife Federation is pleased to present engaging and informative webinars that relate to conservation, wildlife and habitat. The webinars will last about 15-25...