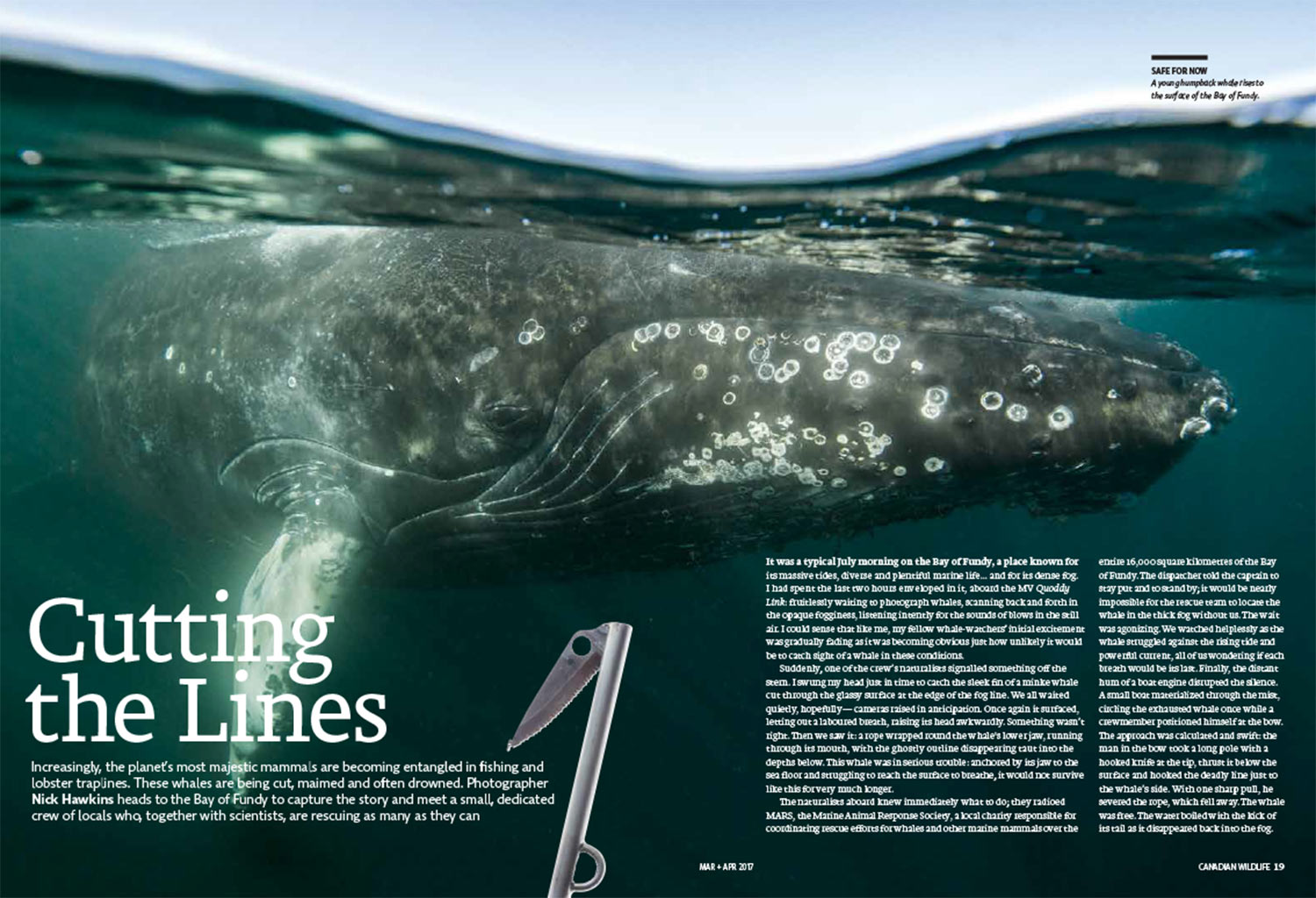 Increasingly, the planet’s most majestic mammals are becoming entangled in fishing and lobster traplines. These whales are being cut, maimed and often drowned. Photographer Nick Hawkins heads to the Bay of Fundy to capture the story and meet a small, dedicated crew of locals who, together with scientists, are rescuing as many as they can

It was a typical July morning on the Bay of Fundy, a place known for its massive tides, diverse and plentiful marine life… and for its dense fog. I had spent the last two hours enveloped in it, aboard the MV Quoddy Link: fruitlessly waiting to photograph whales, scanning back and forth in the opaque fogginess, listening intently for the sounds of blows in the still air. I could sense that like me, my fellow whale-watchers’ initial excitement was gradually fading as it was becoming obvious just how unlikely it would be to catch sight of a whale in these conditions.

Suddenly, one of the crew’s naturalists signalled something off the stern. I swung my head just in time to catch the sleek fin of a minke whale cut through the glassy surface at the edge of the fog line. We all waited quietly, hopefully — cameras raised in anticipation. Once again it surfaced, letting out a laboured breath, raising its head awkwardly. Something wasn’t right. Then we saw it: a rope wrapped round the whale's lower jaw, running through its mouth, with the ghostly outline disappearing taut into the depths below. This whale was in serious trouble: anchored by its jaw to the sea floor and struggling to reach the surface to breathe, it would not survive like this for very much longer.