On the Edge of Extreme 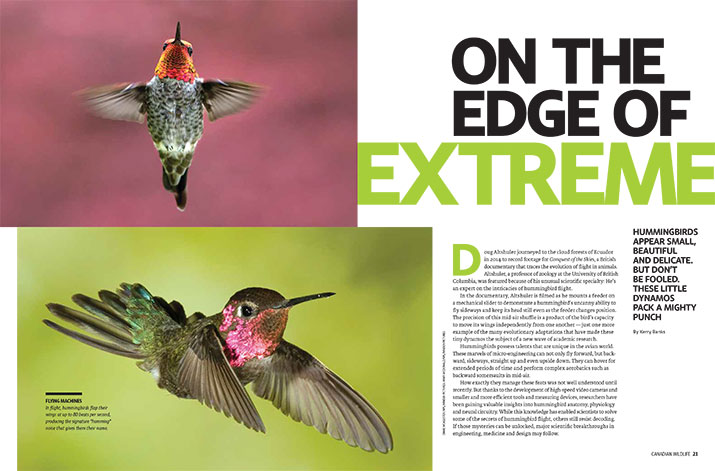 Doug Altshuler journeyed to the cloud forests of Ecuador in 2014 to record footage for Conquest of the Skies, a British documentary that traces the evolution of flight in animals. Altshuler, a professor of zoology at the University of British Columbia, was featured because of his unusual scientific specialty: He’s an expert on the intricacies of hummingbird flight.

Watch this video about hummingbirds

Approximately 9â10 cm long. Adult males are metallic green on the upperparts, iridescent ruby red on the throat, white on the underparts and green along the sides. Adult females look similar to males but with a...

Approximately 9.5 cm long. Adult male upperparts are mainly reddish-brown with dull green on the top of their head and a white patch behind the eyes. Their throat is iridescent orange-red and has white at the top...