cwf-fcf.org > English > What We Do > Turtles

This page has moved. If you aren't redirected automatically please click here.

Ottawa’s Oat & Mill launches give back “ice cream” flavour, Turtle Crossing, in support of Canadian Wildlife Federation’s turtle programs. Oat & Mill’s mission is to create amazing oat based products that push you to think about oats like you never have before. Learn more at oatandmill.com

The Canadian Wildlife Federation has been working with regional partners, community groups, lake associations and individuals to reduce risks to turtles. We continue to carry out on the ground surveys to document at risk turtle locations and their habitat. We have also undertaken an analysis of hotspots where turtles are more susceptible to being hit on the road. Finally, we continue to work with partners to outfit turtles with radio transmitters to track movement, habitat use, nesting sites and overwintering sites.

The Canadian Wildlife Federation is looking for landowners

The Blanding’s Turtle is a species at risk in Ontario. Identifying additional wetlands with this species can result in habitat protection for those wetlands and nearby wetlands. To help with the process of finding new locations, the Canadian Wildlife Federation will be conducting wetland surveys for the Blanding’s Turtle this May and June.

Freshwater turtles are one of the most endangered groups of animals in Canada. Seven of the eight species found in Canada are listed as species at risk.

The threats are relatively well known. Road mortality, habitat loss, nest predation and poaching for the pet trade are having the largest impact on turtle populations in general. Turtles often have to cross roads to find suitable nesting sites, which puts females at risk of being struck by vehicles. These females should lay eggs for decades to produce the next generation of turtles, and if they are killed, the next generation will be reduced or even eliminated. The roadsides themselves often prove to be a nesting site of choice since they often contain gravelly shoulders, but this places both the females and young in a dangerous high traffic area.

Habitat can be lost through normal changes in an aging ecosystem, but more often wetlands are lost to urban expansion, cultivation and road construction.


How to Help a Turtle Across The Road

If you have found an injured turtle, take these steps until you contact a wildlife rehabilitator for advice. Aside from Snapping Turtles, most turtle species can be carefully picked up with two hands at the sides of their shell.

WHEN TO RESCUE A TURTLE:

It is important to know when a turtle needs help and when it does not.

Sometimes yard or excavation work can uncover a nest of turtle eggs, such as in a compost pile. If you expose eggs, cover them back up with the nesting material. If the eggs are moved, they may not survive.

Most turtle hatchlings emerge from nests in late summer or early fall and head for water. Hatchlings are about the size of a loonie and are completely independent. If you find an uninjured hatchling, let it be, as it will find its way to the closest water body.

If you find an uninjured turtle on the road, you can help it across by moving it in the direction it is headed. Link to: How to Help a Turtle Across The Road

How to tell if a turtle needs rescuing:

Let us know if you see a turtle:

Public engagement and awareness is essential in turtle conservation.

Talk to your neighbours and the local community to bolster support for turtle conservation which can lead to direct actions to safeguard turtles.

You can be a turtle ambassador and let your councilors know about areas of high turtle mortality so fencing and/or a turtle crossing sign can be installed.

Encourage the rest of your community to do the same.

Drive safely and slow down when approaching areas where wetlands are close to the road.

This will give you enough time to safely swerve around a turtle.

If you find turtles in a safe place, leave them there.

But if they’re not in a safe place, like on the road, please give them a helping hand. Just make sure to move it across in the direction it was going. Don’t take it back to the water — it may be going to lay eggs somewhere else!

Help improve turtle habitat by participating in local lake, river or community cleanups. Keep wetlands intact on your property and tell your councilors and neighbours that they are an important feature in your municipality.

If you've seen a turtle nesting on your property, mark the nest so that you don’t accidentally walk on it or dig it up later in the summer.

This way you can also keep an eye out for predators and ward them off. You could even go one step further and create a nest site consisting of a pile of gravel or sand.

Leave fallen trees and branches in place along shorelines.

Turtles use these as a platform for basking in the sun. If there aren’t any, you could even place some logs to give them a spot to bask.

Support CWF and its turtle and habitat projects.

Did You Spot a Turtle?

Report turtle activity on iNaturalist.ca in the “Help The Turtles” project. Your sightings (especially near highways) will help us determine active freshwater turtle areas, critical to CWF’s ongoing conservation efforts. 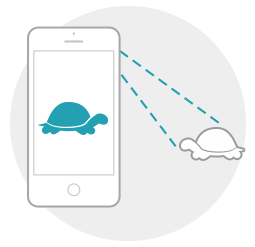 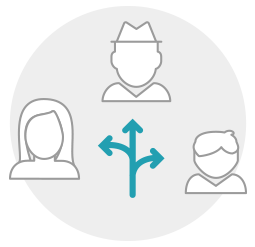 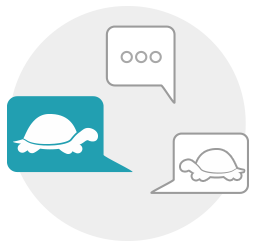 Works on all of your devices:

CWF IS LOOKING FOR LANDOWNERS

The Blandingâs Turtle is a species at risk in Ontario. Identifying additional wetlands with this species can result in habitat protection for those wetlands and nearby wetlands. To help with the process of...

Freshwater turtles as a whole are in decline throughout Canada. Of the nine freshwater turtles found in Canada, only one subspecies is stable. The remaining species are designated to be at varying degrees of...