cwf-fcf.org > English > What We Do > Reconnecting Canadians 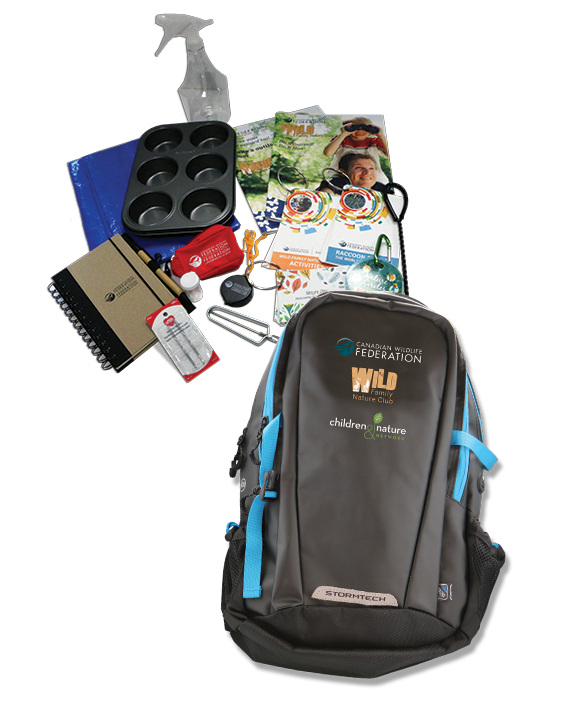 The contest is open to residents of Canada, who, at the start of the contest period, have attained the age of majority in the Province or Territory in which they reside or have written permission from a parent or legal guardian to complete the entry form (if underage and deemed to be a winner, the parent of legal guardian must accept the prize). Employees, directors and officers of Canadian Wildlife Federation (“CWF”), and any affiliate (as defined in the Canada Business Corporations Act), as well employees, directors and officers of their respective advertising and promotional agencies, as well as those with whom any of the foregoing are domiciled (whether related or not), are not eligible to enter the Contest.

There is no purchase necessary to enter the Contest.   To be eligible for the Contest, contestants  must upload an image that depicts either themselves, or the contestant and/or family and friends, outside and connecting with nature taken during the Contest period, and to share that picture using the hashtag #WeeklyWild to be eligible.

The eligible prize winners will be contacted by a representative from CWF within four (4) business days by telephone and/or email as provided by the entrants at the time of qualifying. A potential prize winner found to be ineligible, or who declines to accept the prize, or who is unable for whatever reason to be contacted (including failing to return phone calls or emails) within four (4) business days shall be required to forfeit the prize and another eligible entrant from may be selected at the sole discretion of CWF.

There are two (2) prizes to be won, one awarded during each draw.  Each prize will consist of the following:

Following confirmation as a prize winner in accordance with rules of the Contest, the selected entrant will be given instructions and a deadline as to how they must claim their prize. Any potential prize winner, who fails either to claim his or her prize or to inform CWF of an inability to claim the prize before the deadline, as instructed, may be required to forfeit the prize and another eligible entrant may be selected at the sole discretion of CWF.

Odds of winning depend on the total number of eligible entries received during the Contest Period.

CWF does not make any representation or offer any warranty, express or implied, as to the quality or fitness of any prize awarded in connection with the Contest. The prize winner is precluded from seeking reimbursement or pursue any legal or equitable remedy from CWF should a prize fail to be fit for its stated purpose or is in any way unsatisfactory to a prize winner.

Before being awarded a prize, any selected prize winner must first:

(a)    Correctly answer, unaided, a time-limited skill-testing mathematical question, and

(b) Sign a standard form Declaration and Release of Liability (the “Release Form”) confirming that by entering the Contest:

Subject to applicable law, CWF reserves the right to cancel, suspend, terminate, and/or modify the Contest Rules or administration of the Contest, in whole or in part, without prior notice with no obligation or liability, including, if for any reason, the Contest is not capable of running as planned, whether due to technical failure, tampering, fraud, corruption of security or other causes beyond the control of CWF. The Releasees are not responsible or liable to any entrant or winner or any person claiming through such entrant or winner for failure to supply a prize or any part thereof, by reason of any acts of God, any action, regulation, order or request by any governmental or quasi-governmental entity (whether or not the action, regulations, order or request proves to be invalid), equipment failure, threatened terrorist acts, terrorists acts, air raid, blackout, act of public enemy, earthquake, volcanic eruption, tsunami, war (declared or undeclared), fire, flood, epidemic, explosion, unusually severe weather, hurricane, embargo, labor dispute or strike (whether legal or illegal), labour or material shortage, transportation interruption of any kind, work slow-down, civil disturbance, insurrection, riot, performers’ illness, injury or death, or any other cause beyond the Releasees’ sole control.

Subject to the terms contained in Section 15 below, all entries shall become the property of CWF  and its advertising and promotional agencies. The Releasees assume no responsibility for lost, stolen, destroyed or otherwise indecipherable entries due to any failure or technical malfunction of the telephone network, on-line computer systems or equipment, servers, access providers, software, poor reception, technical problems, and failure of any email or submission or due to any other reason regardless of cause.

By entering the Contest, each entrant consents to the use and disclosure of his or her name, city of residence, photograph, voice, likeness, image or any other aspect of his or her personality for any publicity and programming purposes, commercial or otherwise, throughout the world, in all media, in perpetuity, by CWF, promoters and their advertising and promotional agencies, without any payment or compensation.

15.    CONSENT TO COLLECTION AND USE OF PERSONAL INFORMATION

16.    TAMPERING
If for any reason the Contest is not capable of running as planned, including due to infection by computer virus, bugs, tampering, unauthorized intervention, fraud, technical failures, or any other cause beyond the reasonable control of CWF that corrupts, impairs or affects the administration, security, fairness, integrity, or proper conduct of this Contest, CWF reserves the right, at its sole discretion, to cancel, terminate, modify, extend or suspend the Contest and/or prizes. CWF further reserves the right to disqualify, from this Contest and future contests run by CWF, any individual who tampers with or in any way corrupts the entry process. CWF  may prohibit an entrant from participating in the Contest, future contests of CWF and/or winning a prize or prizes, if, at its sole discretion, CWF determines that said entrant is attempting to undermine the legitimate operation of the Contest by cheating, hacking, deception, or any unlawful or unfair playing practices relating to the Contest (including but not limited to the use of automated quick entry programs), or intending to annoy, abuse, threaten or harass any other entrants or CWF representatives. Any attempt by an entrant or any other individual to deliberately damage any web site or undermine the legitimate operation of the Contest may be in violation of criminal and civil laws and should such an attempt be made, CWF reserves the right to seek remedies and damages (including lawyers’ fees) from any such entrant or any other individual to the fullest extent permitted by law, including criminal prosecution.

By entering the Contest, each entrant agrees that the Releasees shall have no liability and shall be held harmless by the entrant for any damage, loss or liability to person or property, due in whole or in part, directly or indirectly, by reason of entering the Contest, the acceptance, possession, use, enjoyment or misuse of any prizes, or while preparing for, participating in any Contest-related or Prize-related activity. The Releasees shall not be held responsible for technical, hardware, software or telephone failures of any kind, lost or unavailable network connections, fraud, incomplete, garbled or delayed computer transmissions, whether caused by any of the Releasees, users or by any of the equipment or programming associated with or utilized in the Contest or by any technical or human error which may occur in the processing of submissions that may cause damage to a user’s system or limit a potential entrant’s ability to participate in the Contest.

18.      WHERE CONTEST RULES AND REGULATIONS AVAILABLE

These Contest Rules are available at the Website and at the main offices of the Canadian Wildlife Federation, 350 Michael Cowpland Drive, Kanata, Ontario.

All entrants agree to abide by the Contest Rules, which are subject to change at any time without prior notice at the sole discretion of CWF.

This Contest is void where prohibited or restricted by law and is subject to all federal, provincial, territorial and municipal laws and regulations of Canada and of each province, territory and municipality of Canada, respectively.

Looking for ways to learn about wildlife and explore nature near you? While we may be physically distant, Canadians remain connected by a shared love of nature. Itâs a love that inspires and rejuvenates us â...